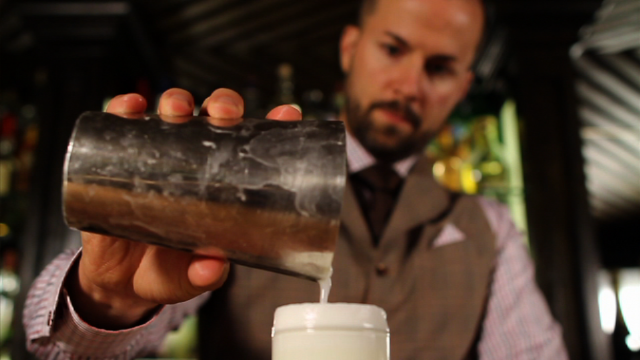 “The bar is the biggest stage in the world and your audience changes every night.” — Hey Bartender

On Sunday, April 13, the State Theatre in New Brunswick will screen award-winning documentary, Hey Bartender, focusing on the role of the bartender and the cocktail in American culture.

The movie follows the lives of two individuals with big dreams of bartending, highlighting their failures and successes as they work to achieve their dreams.

Local bars such as Stage Left and The Frog and the Peach will take part in the event, competing in a cocktail competition judged by the director of the documentary, Doug Tirola, among other distinguished judges. The competition, beginning at 3 p.m., will segue into the movie from 4:30 to 6:15.

For $25, guests (21+) will have access to the competition and the movie, and will have the opportunity to sample four William Grant & Sons specialty Hey Bartender cocktails during the movie. Admission to just the movie is $10.

Sabrina Szteinbaum attends Rutgers University and majors in Journalism & Media Studies, but those are just the basics! She is a Jersey-born, city-loving foodie who can be found running around New York City in search of the best cupcake, cookie, or piece of cake to feature on her baking blog. Sabrina has been baking since age 12, and has been documenting her confections at The Sugarcoated Life since August 2012. At Rutgers, Sabrina works as a correspondent for The Daily Targum. Her love of journalism has landed her the roles of newscaster and assistant news director on WRSU, one of Rutgers’ radio stations.