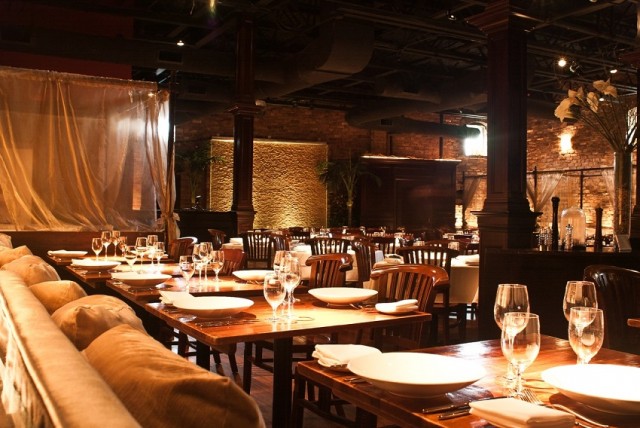 Last night, I had the pleasure of attending an invitation-only event at Chakra as the popular Paramus restaurant begins celebrating its tenth anniversary. Beautiful Chakra, which I describe as “South Beach meets Marrakesh,” was transformed into a walk-around food haven, buzzing with top New Jersey chefs, members of the media and longtime patrons of the restaurant.

To continue the tenth anniversary celebration, Executive Chef/Partner Thomas Ciszak is for three days, April 29 to May 1, putting his own spin on old Chakra favorites. Each of these dishes will be priced at $20.04 and include dishes like Skate Wings with fennel, capers and lemon vinaigrette, Coconut Shrimp with mango chili sauce and Short Ribs of Beef with glazed cipollini onions and mousseline potatoes. Both of the appetizers and the Dark Chocolate Tartufo with black perigord truffle will be served for the table to share. The full regular menu will also be available.

APPETIZERS (for the table)

DESSERT (for the table)

Seating is limited for the 3-day celebration so call right away for a reservation.