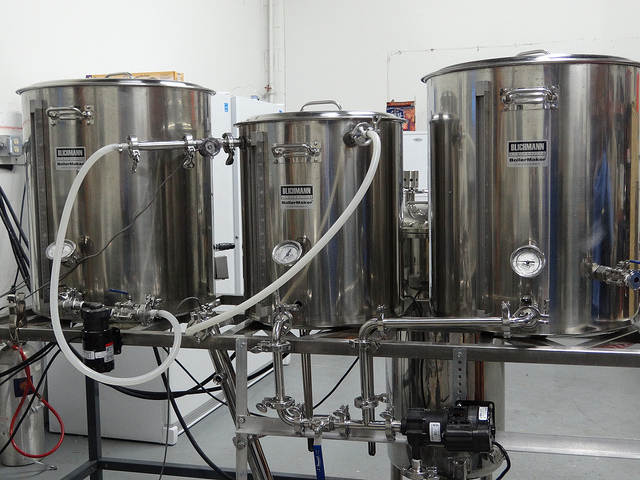 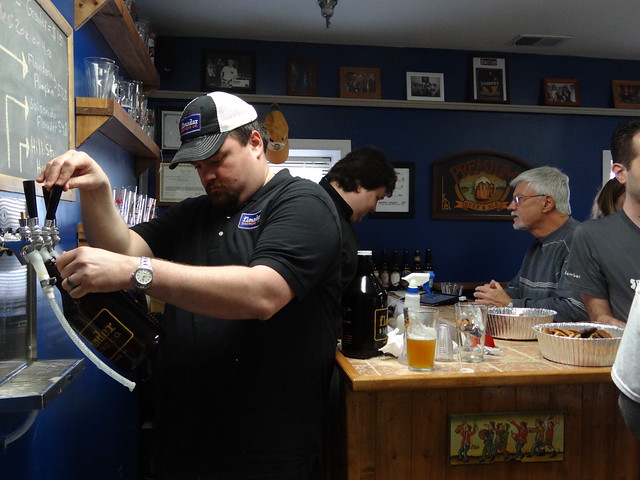 There’s no better time to be a beer drinker in New Jersey than right now. Kane and Carton have recently started limited canning and bottling their beers, while newer breweries are popping up throughout the state. One of the newest breweries to open its doors is Flounder Brewing in Hillsborough, founded by Jeremy Lees and his brothers Dan and Mike.

It all started with a home brewing kit Jeremy got 10 years ago. He soon had the brewing bug, and asked his brothers to join him. They began to meet for weekly brewing sessions and received overwhelmingly positive feedback from people who tried their beers. They began to wonder if it would be possible to get paid doing something that they loved and their wheels started turning about opening a nanobrewery. The designation of a nanobrewery means that the brewery produces only a few barrels at a time. The brothers spent years figuring out a business plan, and finally signed a lease in 2011. Opening their doors was an uphill battle, but this past November, Flounder Brewing was finally able to offer its first tour.

The three beers on tap for Flounder’s first tour were a Saison, Pumpkin, and Honey. With all of their beers, Jeremy is striving to create brews that are complex, but not overly so. He’s aiming to appeal to both veteran craft beer drinkers and new ones as well. Flounder’s flagship beer is its Hill Street Honey American Ale, which is made with New Jersey honey. Their Pumpkin Ale impressed me by not being overly spicy and actually allowing the pumpkin flavor to shine. Unfortunately the pumpkin beer is done for the year, but it will be replaced by their Murky Brown Ale, which is described as “a classic American Brown Ale with light smokiness.”

Jeremy and his brothers all have full-time jobs and are only able to offer tours once a month. They offer sign-up sheets on Facebook for the tours, and were happily surprised when their November tour filled up in 24 hours. Their December tour is planned for Saturday, December 21. They’re hoping that eventually, volunteers will be able to run the tours, and further down the line they hope brewing will become their full-time job. They’re already planning to expand within a year, as they don’t brew enough currently to distribute. Though they’ve only been open for a short time, the trio has found that craft beer lovers have already embraced them. People relate to their story and the brewery’s motto: “Experience your beer.”