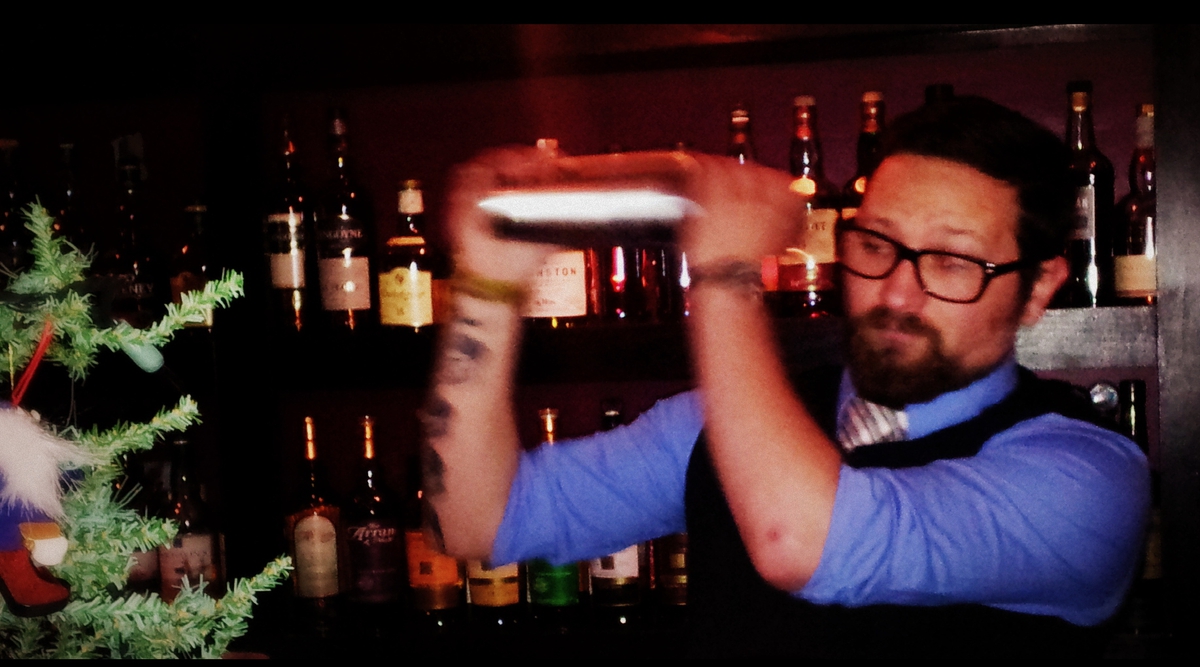 Sponsored Story: Brought to you by Atlantic City Bottle Company

It’s as comfortable sitting in a shot glass as a bump to your beer as it is to soaring majestically in a long stemmed martini glass in the guise of a sophisticated Manhattan. It’s a happy addition to your eggnog and it’s the perfect spirit for the holidays. But what exactly is bourbon anyway?

Well, according to President Lyndon Johnson in 1964, by act of Congress, it is America’s Native Spirit. That clears things up, doesn’t it? How about this statement: All bourbon is whiskey but not all whiskey is bourbon. What? That’s a true statement but it doesn’t bring us much closer to answering our question, does it?

The grain bill for bourbon must include at least 51% corn. In a way, that makes it a kissing cousin to moonshine. Unlike moonshine, though, the only thing you can add to bourbon is water. That’s done to bring it down to proof (and it can only be aged in barrels at below 125 proof). Bourbon also differs from other whiskey in that it must be aged in new charred American white oak barrels. Since they can only be used once, the used barrels often end up at craft beer breweries or, ironically, in Scotland to age Scotch whiskey.

And how about the name? Where does the word “bourbon” come from? As it turns out, it may just have originated from the booziest street in America: Bourbon Street. According to Michael Veach of Louisville Kentucky’s Filson Historical Society, the Tarascon brothers immigrated from France to Louisville and began distilling and shipping their whiskey down river to New Orleans to be sold on Bourbon Street. The charred barrels gave their whiskey characteristics of their native Cognac.Soon, customers started asking for that “Bourbon Street whiskey” and the rest is history.

Now that we know a little bit about what makes bourbon, well, bourbon, let’s take a look at how it can cozy  up to your holiday season. It’s a warming, comforting tipple that can play with almost anything you throw its way. As mentioned earlier, if you haven’t tried it in your favorite eggnog recipe, you should. Pure maple syrup is especially fond of bourbon and is an interesting twist on traditional eggnog. Christmas in a glass! An Old Fashioned is a venerable bourbon cocktail. How about adding some maple syrup for a little holiday spirit?

For the more astringent palate, cranberry juice partners well with bourbon too. It can be as simple as bourbon on the rocks with a splash of cranberry or you can mix up a bourbon punch. Mississippi Bourbon Punch is made with muscadine wine (Chardonnay will work), grenadine, cranberry juice, orange juice, a little lime and some club soda. Looking for something hot to ward off a winter chill? Hot apple cider and bourbon will most certainly do the trick.

As we all know, the holiday season can be a busy, stressful time of year. If all of that mixology sounds like too much, just throw some rocks in a glass, settle into that easy chair and enjoy America’s native spirit all by itself. It’s very good at that, too.

If you have any bourbon lovers on your list, here are some suggestions to help make their yule logs burn a little warmer.

Yes, 15 years is a long time for bourbon to age but this one is worth the wait. It has rum-like qualities and dried berries in the nose that evoke the holiday spirit. Buttery, oakey and very warming.

Distilled in “Mary,” a copper pot still named for John Bowman’s mother, this 10 year old bourbon is labeled by hand. While not overly sweet in the nose, apples and pears show up in the middle before a nice, dry finish.

Named for Colonel E.H. Taylor, one of the original owners of Buffalo Trace Distillery, it has flavors of fudge and winter spices appropriate for the season. Have this one with your cigar!