“I remember writing in my journal about how upset I was that I couldn’t go down to Jimmy Buff’s with Aunt Vera—too sick to get my Italian Hot Dog.” My mom always told me that story, and still, with tears in her eyes to this day.  I believe she has held every one she’s ever tasted since in a lower regard, all thanks to a bad summer cold.

For those who don’t know about the cherished Jersey sandwich, it’s a hot dog—sometimes two—pillowed by a crusty sandwich roll, sliced potatoes, onions and peppers and mustard (or ketchup by preference). Ask anyone outside of Jersey (namely, Essex and Union counties) and they will tell you their favorite Italian Hot Dog joint with a smile. My father’s beloved is—and will always be—Dickie Dee’s on Bloomfield Ave in Newark, where before even having his entire body inside the corner cafe, spewed, “Double with everything.” In his own words, “The place hasn’t changed a bit. Small, friendly, and will always make your day in a hurry.”

Even in a rush, there’s a warmth and exuberance when teeth are chomping down–the great attempt to get every ingredient in one single bite.  It’s not always a fail, but a greasy crack at some Jersey nostalgia amazingness.

Personally, I prefer my potatoes almost chip like, with a softness in the middle, and a violent amount of onions and peppers. So many much so, that if you get it wrapped up to go; it would stay hot for another year.  My father prefers his with a lot of bread, and my mom cuts hers up in small pieces. Much chagrin to the rest of my family, we all tease her, since there is no point to eat such a massive sandwich like a lady. It’s one of the rare occasions to excuse a slightly piggish nature– besides downing an Irish Car Bomb, and scarfing down a Philly Cheesesteak on the way to your car from Midway down the shore. I say it’s psychological, she’ll tell you it’s just easier to eat that way. Her seven-year-old self would’ve probably not wiped the mustard from her mouth until she came up for breath to take a swig of her root beer—then licking the yellow remnants from the straw.

Living on your own, fixing a tire on your own, graduating college, and maybe  even losing virginity—are stereotypical rites of passage in some parts, but in my mother’s eyes, it was a walk down to 14th street with her childhood best friend—no parents—just girl time and a delicious Italian Hot Dog. She felt robbed then, but with old neighborhood haunts like O’Dowd’s and Bond’s a thing of the past, it’s nice to know that a comforting Jersey staple such as: Dickie Dee’s, Jimmy Buff’s, Charlie’s, and plenty more—are only a car ride away…with easy-to-reach napkins for all ages.

Lisa Panzariello is thrilled to be part of the Jersey Bites crew, and as a fellow Jersey foodie, she lives and breathes all things delicious. Born and raised in Essex County, she now resides with her boyfriend, James, in Union County. Her writing career has stemmed over 14 years, starting with Metal Edge Magazine, then later as an editor for Penthouse.  After tasting many an ethnic cuisine in “The City” Lisa realized her true passion: Mixing food with writing. Now focusing solely on freelance writing, her flexibility is giving her more freedom to cook and bake, sometimes for 24 hours straight. Given her Irish and Italian heritage, Lisa travels for an impressive beer list and loves anything relating to her Celtic roots; and just like her Nona before her, she wants everyone to feel the love and warmth in her cooking—while splitting it with those around her—especially her two dogs. 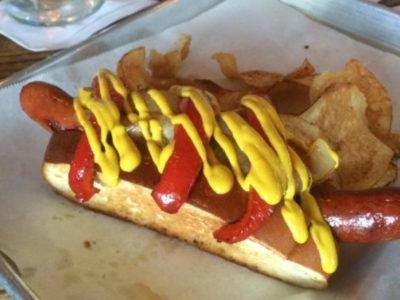 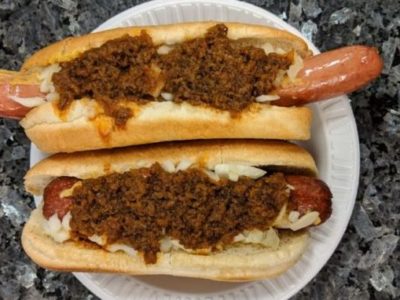 I Never Sausage a Hot Dog! The Texas Weiner 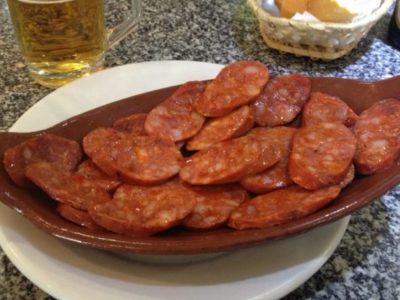 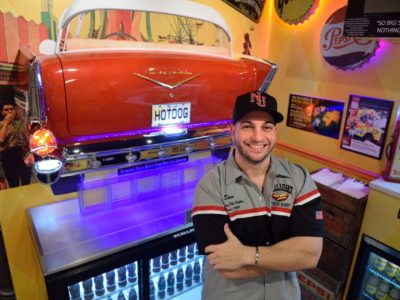 Callahan’s in Norwood: A Legendary Business, in the House and on the Road
About The Author