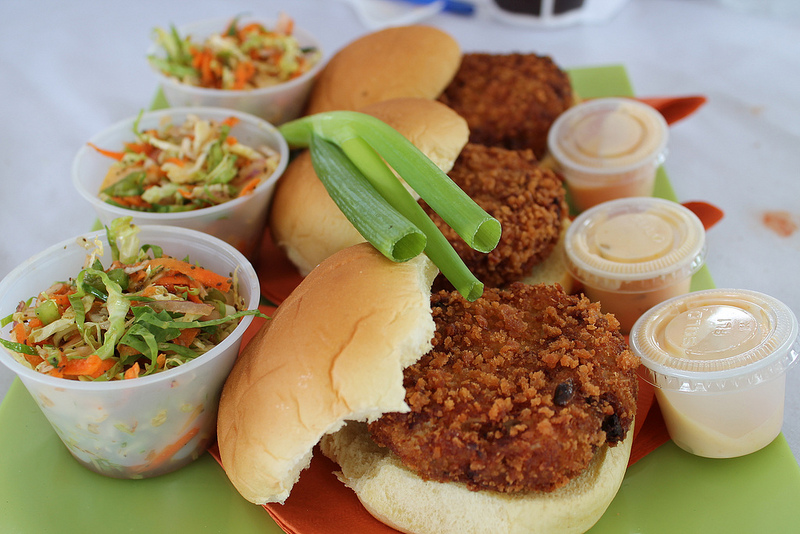 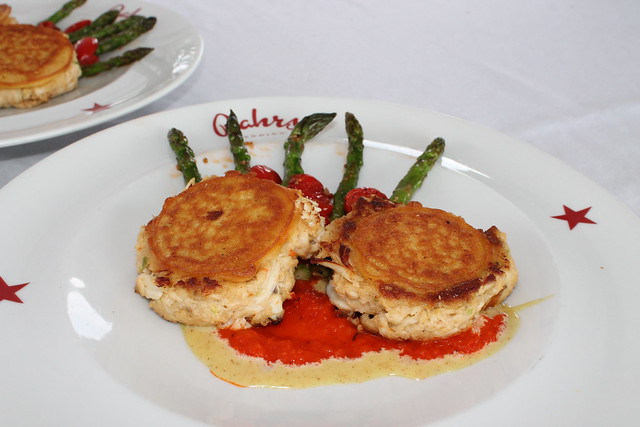 99% of the time I prefer not to be crabby….the remaining 1%, when I actually do relish in this mood, is every year when I get to be a judge at the Shore Chef Crab Cake Cook-Off. This year, I believe the 4th time I’ve judged, was held at its usual and beautiful location, Monmouth Race Track in Oceanport, NJ. Although I felt as if the contestant pool was down this year, I can’t say the same for the flavors delivered. 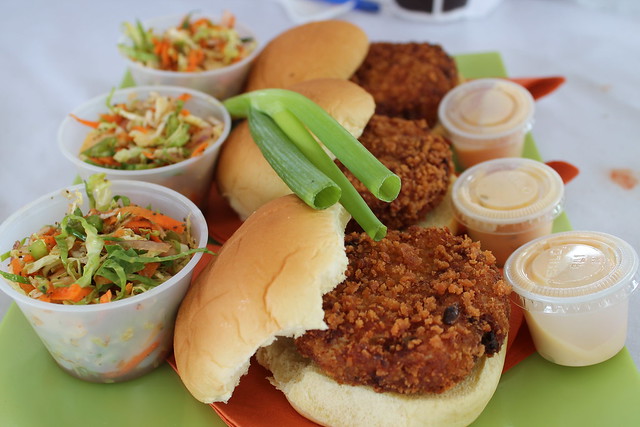 Winner this year for Best Crab Cake was Two Son’s version (formerly My Two Sons). Choosing this cake as the winner was a no brainer for me, I loved it from first bite. Deep-fried and filled with claw and lump crab meat, it was divine. Beyond the tasty meat and seasonings, the crispy panko crust was fried flawlessly. Limiting my bites to save room for other entries was definitely difficult as I found myself craving that cake hours later. 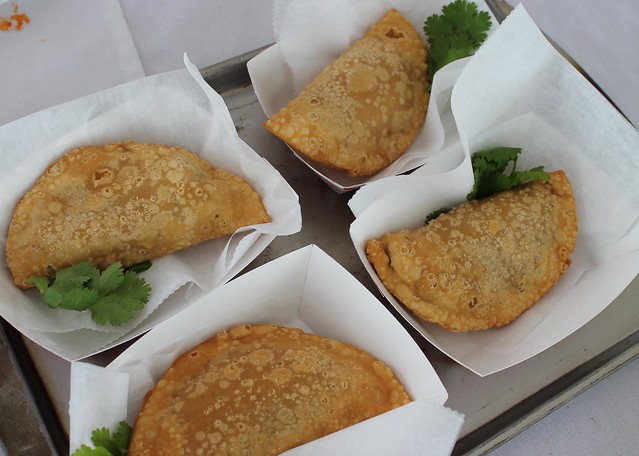 Winner in the Best of the Rest category went to The Empanada Guy and his Lobster Empanada. No argument from me on this vote, this pocket of perfection was exceptional. A fellow judge, Michele McBride of 90.5 The Night, likened it to a handheld Lobster Bisque. The Empanada Guy and his red truck had quite the line all afternoon and after eating this, I would have stood there for an hour too!

Best Presentation Award went to Bahrs of Highlands for their Crab Cake Plate. (Pictured at top) As one who is always trying to make food look pretty, I highly commend them. The fresh colors from the asparagus and cherry tomatoes added a depth of beauty to the plate while the seared pancake-tops of the cakes glistened in their fresh-from-the-griddle glow. 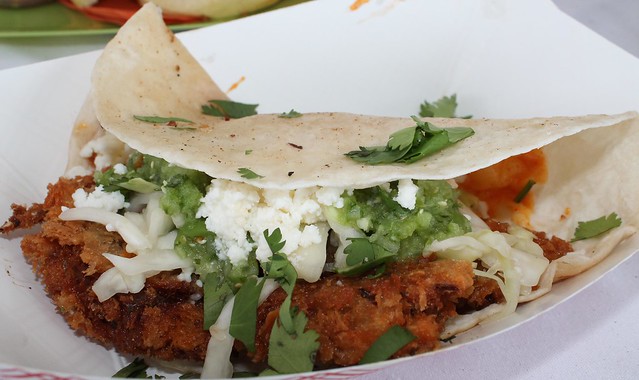 An Award of Excellence went to the Bacon on Wheels Truck for its Soft Shell Crab Taco. All the judges loved this and I was no different in paying up some praise. As a newbie soft shell eater, I realized how much I had been missing out on. I do believe it will be hard to find one as good as this version though, for the way in which it was designed and executed was outstanding. Sporting an ancho mayonnaise, a fresh tomatillo salsa verde, some cilantro and queso fresco cheese, it had us fighting for leftovers.

Although no award was given to Ben’s BBQ and Catering for their Lobster Mac & Cheese, it most certainly deserves a mention. The lobster meat was no shy player in this Cheez-it® topped side dish; almost every forkful came up loaded. Beyond the meat though, even in all its deliciousness, I found myself enjoying the creaminess and consistency of this dish. Needless to say, it would be a welcome addition to any table. 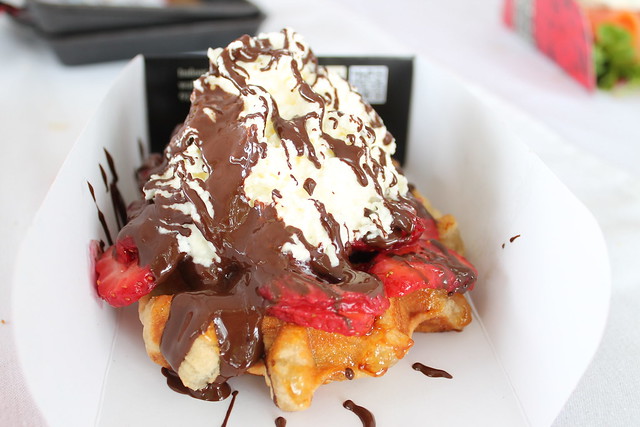 We ended our judging duties with a sugary surprise from Waffle De Lys- a warm Belgian waffle with fresh strawberries, chocolate drippings and fluffy whipped cream. What a sweet way to end our salty seafood duties! 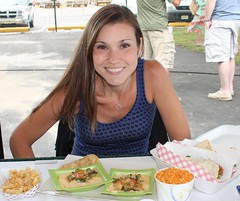 Gina Glazier is a born and raised Jersey Girl. She recently earned her Master’s degree in Reading & Literacy and is currently a teacher. Gina lives with her husband, Matt, who is her number one fan and shares in her passion for the culinary arts, minus the cooking part! Her “culinary life” became a reality a few years back when she was chosen to be a guest of The Star Ledger’s Munchmobile. This ignited Gina’s desire to be around food and all its counterparts all the time, meaning restaurants, cookbooks, TV shows, cooking, etc. Gina says her “biggest and most monumental experience” was being a part of  The Star Ledger’s Pizza Patrol two years ago where she traveled the entire state, eating at 3, 4, sometimes 5 pizzerias a night for just about 6 months! You can check out her Hungry Teacher adventures, on her blog www.ahungryteacher.blogspot.com.