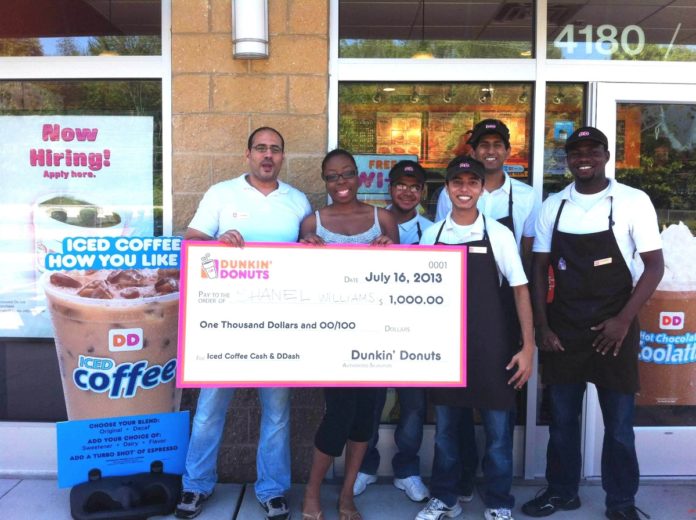 In the midst of this week’s heat wave, Dunkin’ Donuts surprised one cool customer, Shanel Williams, 20, a South Brunswick resident, when she stopped in to Dunkin’ Donuts this morning as she does every day on her way to work.  Crew members greeted Shanel with confetti, cheering and a giant check for $1,000 right after ordering breakfast.  As to be expected, Shanel was excited about her “icy cool” loot, and when asked how she was feeling she responded that she was shocked and excited, saying that this morning’s prize was the best thing that’s ever happened to her before she’s had her coffee. She then called her boss to explain that she would be late because “I just won $1,000 at Dunkin’ Donuts!”