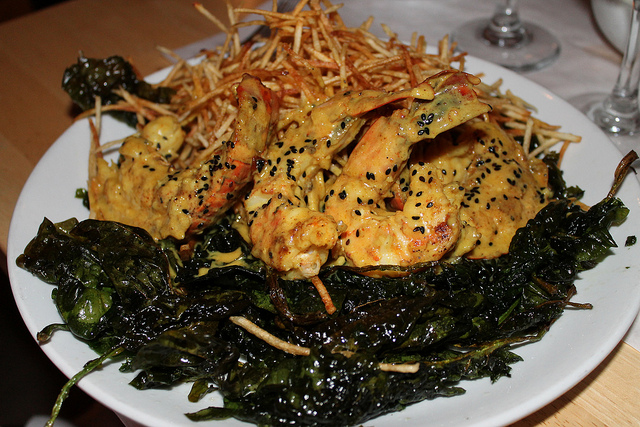 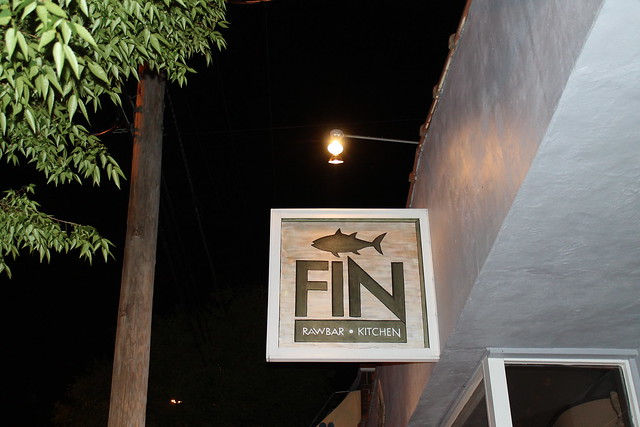 If it wasn’t for one of my very best friends, I would have overlooked and ultimately missed out on what I believe is some of the best food in NJ. You see, my friend, Jayne, lives in Montclair and every so often we and another “bestie” meet up and get dinner in and around her neighborhood. Truth be told, the places we’ve been have surpassed some of my wildest culinary wishes. Even better, there are still plenty of places I’ve yet to visit that are on my “dinedar” within this delicious little town. Just recently, we reserved a table and had one incredible meal at a place Jayne recomended, Fin Raw Bar and Kitchen.

Now let me explain why we three now love this place. First, the food: fresh, tasty, and executed with utmost care. Second, the ambiance: think beachy, nautical, just steps from the sand, etc. The space, from theboardwalk entrance to the high wood-planked ceilings, immediately transports you to some beach somewhere sans the traffic you had to fight to get there. With all three of us being Jersey Shore girls, born and raised, Fin feels like home. Not many things beat great food, great atmosphere, and great company while bringing back great memories. 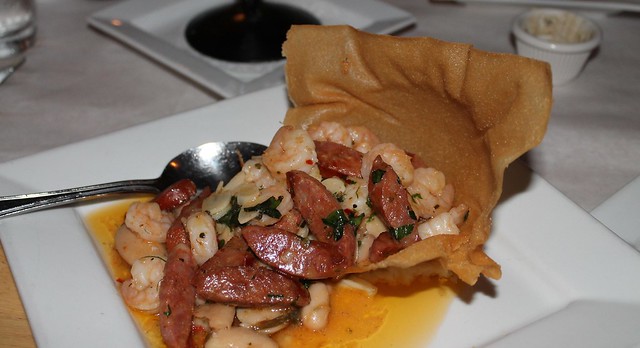 So let’s dig in. We started with two appetizers that were gone far too quickly. The Fried Calamari ($12) with a spicy tomato sauce and lemon-anchovy aioli was as good as it gets. A piping hot, crispy coating on the tender meat was their recipe for success. The Shrimp and Chorizo ($14) served in a deep-fried wonton was uniquely delicious. The proteins, both served over a white bean salad, had just the right amount of heat to keep us satisfied. What I liked best about this dish though was the cohesiveness of it: seared succulent meats paired with hearty beans tied together on a flaky platform.  It was delicious from top to bottom. 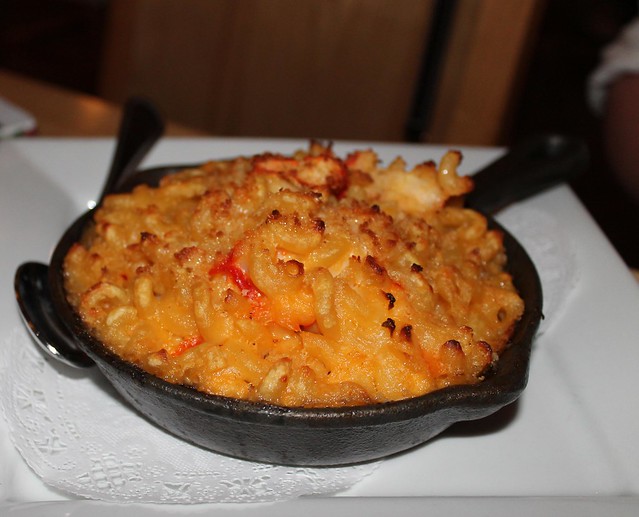 Dinners, again, had us swooning. Before I get into our individual selections, I must begin with the Table Tasting’s Lobster Truffle Mac & Cheese ($12). There’s not much to say about this except that I want this recipe and I want it now! The lobster meat was admirably abundant while the cheese oozed in all the right places, which, in my opinion, is in every place! It’s a dish not to be missed and for the price, I recommend all to order.

As for entrees, I went with Sea Scallops ($27) from their Wood-Fired Grill selections. I chose to accompany the scallops with escarole and white beans. The scallops were exactly what a seafood restaurant should offer. Glistening from their recent sear, the scallops were both charred and textbook juicy. Going with a light side was the right idea as it left me with plenty of room to finish the dish and enjoy every last morsel. 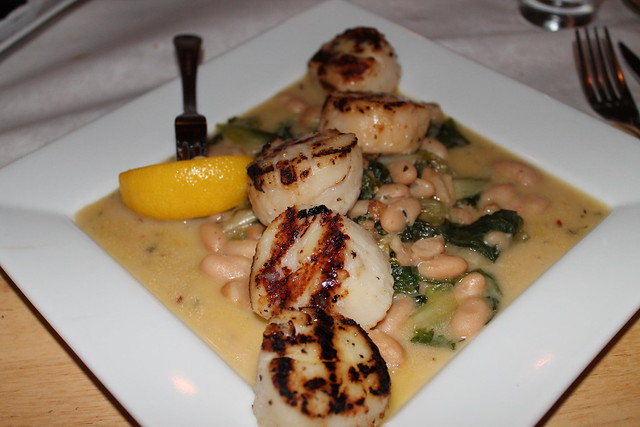 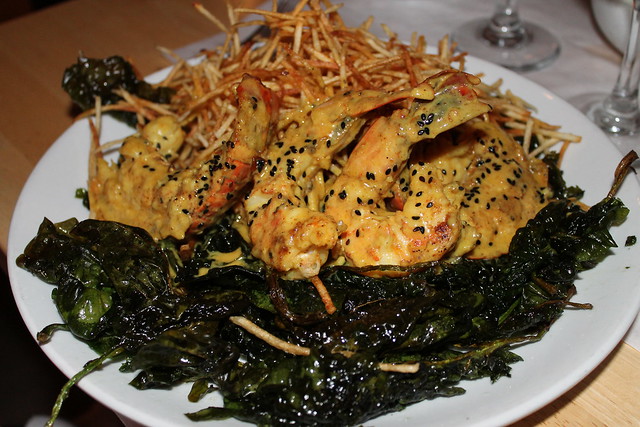 Another dish of note was the Lobster & Shrimp ($29). This was served “Shanghai Style” with a ginger curry sauce and fried crispy spinach. Kudos to the chef for this one; it seriously demonstrated some topnotch skill. Both the lobster and the shrimp were cooked well and shined adjacent to the salted strings of fried potatoes. Pacific Cod ($27) with a honey balsamic glaze was the last dinner delivered to our table. As expected, it was fall-apart good. The glaze here truly deserved a supporting role award. It was a marriage of a savory flavor with a sweet one that had all the ratios right.

We passed on dessert but still took a peek at Fin’s offerings. They all sounded awesome, so let’s just say we now know to save an appetite for some sweets next time. Once the bill arrived and we said our goodbyes, we couldn’t help but not only feel like we were leaving each other but our home as well.

Fin Raw Bar and Kitchen is located at 183 Glenridge Avenue, Montclair, NJ. More information can be found at www.finrawbarandkitchen.com.

Gina Glazier is a born and raised Jersey Girl. She recently earned her Master’s degree in Reading & Literacy and is currently a teacher. Gina lives with her husband, Matt, who is her number one fan and shares in her passion for the culinary arts, minus the cooking part! Her “culinary life” became a reality a few years back when she was chosen to be a guest of The Star Ledger’s Munchmobile. This ignited Gina’s desire to be around food and all its counterparts all the time, meaning restaurants, cookbooks, TV shows, cooking, etc. Gina says her “biggest and most monumental experience” was being a part of  The Star Ledger’s Pizza Patrol two years ago where she traveled the entire state, eating at 3, 4, sometimes 5 pizzerias a night for just about 6 months! You can check out her Hungry Teacher adventures, on her blog www.ahungryteacher.blogspot.com. – See more at: http://www.jerseybites.com/the-team/#sthash.yPRD4z6e.dpuf

Deborah Smith, Executive Editor - February 25, 2021
Mushrooms have really been making headlines lately and no, I am not here to talk about the psychedelic variety. Last year, I was introduced to...

One Restaurateur’s Struggle, Shared by Many