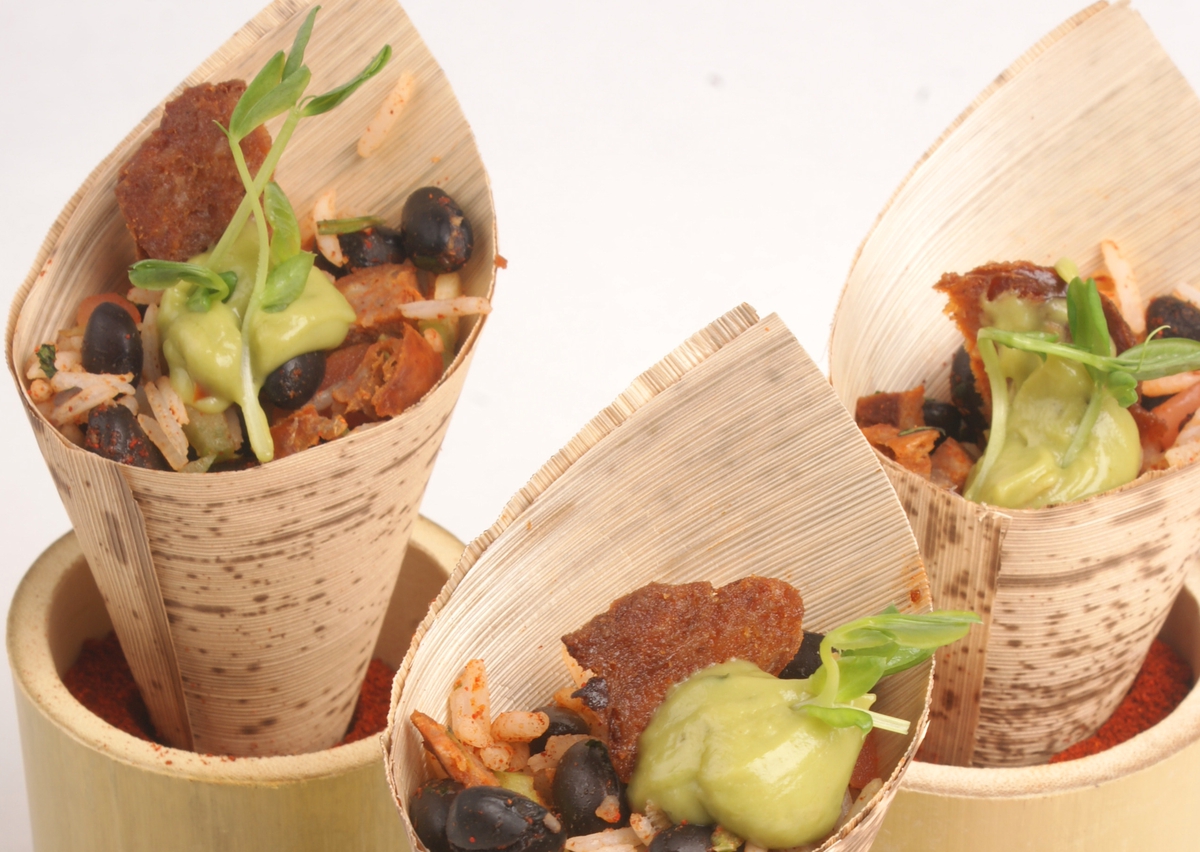 Cinco de Mayo is right around the corner and thanks to Chef Eric LeVine, of Morris Tap & Grill in Randolph, your guests are in for a very special treat. Now, if you really want to Wow your guests, order the Rice Cones for serving or this dish can be served in indivual bowls, wraps or decorative glasses.

1/2 medium onion, diced
1/2 red bell pepper, diced
1/2 yellow bell pepper, diced
2 chorizo sausages, sliced
1 cup Alessio Black Bean and Rice Mix
1 tablespoon olive oil
1/4 cup low-sodium broth (chicken or vegetable) or water
1/4 cup chopped fresh parsley
Method
1. Prep the onions, peppers, beans and sausages. Cook the rice according to the package directions.
2. Heat the olive oil in a medium skillet over medium-high heat. When it’s hot and shimmering, add the sausage. Leave it alone to brown, 2 minutes.
3. Stir the sausage and toss in the onions and peppers. Reduce the heat to medium and cook, stirring once or twice, until the onions and peppers turn soft, 3-5 minutes.
4. Add the broth and beans to the skillet, cover and simmer 10 minutes. Reduce the heat, uncover, and stir until much of the liquid evaporates, another 5 minutes. Remove the pan from the heat and stir in the parsley.
Avocado Mousse
1 med. ripe avocado
1 c. sour cream
1 tbsp. lemon juice
In food processor, blend avocado with sour cream, and lemon juice until smooth. Transfer to small bowl. Cover tightly with plastic wrap
Refrigerate until serving time.
Chorizo Crisp
Ingredients
1 ea Chorizo
slice cooked chorizo into thin pieces and bake in oven at 350F for 20 minutes or until Chorizo is crisp as a potato chip, almost brittle
Assembly
Spoon rice mixture into cone, top with piece of crispy chorizo and pipe avocado mousse. Chef Eric LeVine
While most kids were playing with action figures, Eric was in the kitchen testing and tasting recipes. As a youngster growing up in Brooklyn, Eric found excitement, challenges and passion in his favorite place – the kitchen. His childhood love became his career path and purpose. He studied at The Culinary Institute of America in Hyde Park, New York and soon after graduation, worked under celebrity chef David Burke at the River Café. He credits this experience with sparking his creative artistry with food.
Follow Chef Eric on Twitter@ChefEricL.