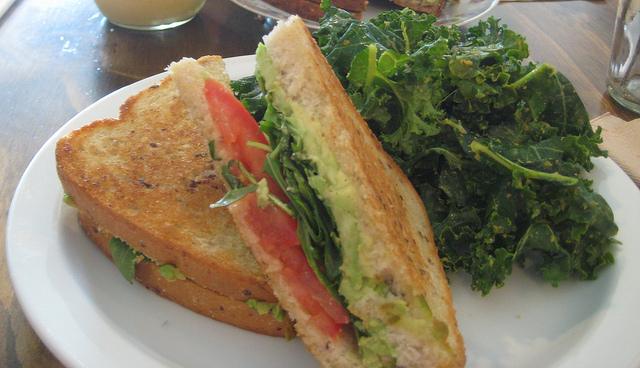 Let me just start with saying that I love food. I love good food. Tasty food. Food that combines fresh flavors and makes the taste buds do a little dance. So when I finally went to from seed to sprout in Avon, New Jersey, I almost did a little dance myself.

Alex Mazzucca and Cara Pescatore, co-owners of from seed to sprout, serve up delicious, organic, raw vegan fare in their homey restaurant (yes I just said delicious organic raw vegan fare all in the same sentence!)

A refresher on veganism (no animal products) and raw food (uncooked and unprocessed fruits and vegetables that cannot be cooked higher than 115-118 degrees Fahrenheit.)

Lunch menu items include the popular avocado grilled sandwich, tossed greens, salads, and specialty soups. Wash down your lunch with one of their smoothies or juices, or if you’re up to it, a wheat grass shot! 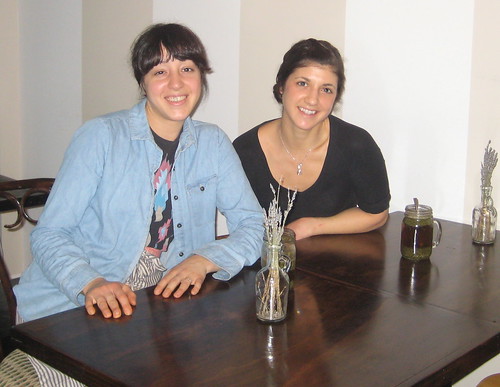 These two women aren’t new to the raw vegan restaurant scene. Alex got her start as the juicing queen at Kitchen Witch in Monmouth Beach. Around two years ago, Alex decided to move to Chicago with her husband when a childhood friend, Cara, contacted her to see what she had been doing. They had mutual interests however, the timing was off and Alex told Cara she would keep her in mind.  In the meantime, Cara went back to nutrition school with “no real plan in mind” but she kept on cooking. Thankfully for us in NJ, Alex left Chicago after nine months and ventured back to New Jersey where she contacted Cara.

Back together again, they began hosting once-a-week dinners at the Kitchen Witch. Not long after, their vegan delicacies began to draw a huge following. Once the Kitchen Witch closed down they decided they needed to take the next step and open up a restaurant. They had the clientele from their dinners at the Kitchen Witch and they knew there was an opportunity to be a part of this growing movement. After some time searching, they found the perfect local and in October of 2012, from seed to sprout opened in Avon-By-the-Sea, NJ.

Both Alex and Cara are extremely passionate about raw vegan food and they “love to win people over” said Cara.

“People come in and they’re like wait, this is raw vegan food?” said Alex. For those of you reading this who are a little unsure, Alex and Cara recommend starting with the Grilled Avocado sandwich topped with a tomato or caramelized onions and either the soup of the day or the Brown Rice Bowl of marinated greens, brown rice, and toppings of your choice, which introduces diners to their greens. For the more advanced, you can add some crazy toppings and for the expert, they’re going to “load you up!”

I’m going to have to agree with them here. I had the grilled avocado sandwich with arugula and tomato on sprouted grain bread (you can also have the sandwich on gluten free millet and flax bread if you prefer) with homemade raw coconut butter. You can also add other toppings including the Japanese favorite kimchi, caramelized onions, and sprouts. I didn’t miss the cheese on the grilled avocado sandwich because the avocado provided that creamy texture I normally look for on grilled cheese sandwiches. I also had the side of marinated greens, perfect if you’re a fan of kale. It’s kale massaged in olive oil, sea salt and nutritional yeast – tart, sweet, salty, and healthy!

If you try just one item on their menu, go for the Green Goodness Juice and you’ll thank goodness you did! It’s a blend of kale, grapefruit, apple, ginger, celery and cilantro. “We think it’s the best,” Cara says with a smile.

Their passion to share their knowledge, recipes, and know-how about raw vegan food will soon spill over into their plans of hosting cooking and nutritional workshops at their restaurant.

Join Alex and Cara at from seed to sprout for breakfast, lunch, Thursday night dinner theme nights, and Sunday brunch (where they have blueberry pancakes – yum!)

from seed to sprout

We’d love to hear from you, leave a comment or join in the Jersey Bites conversation on Facebook.