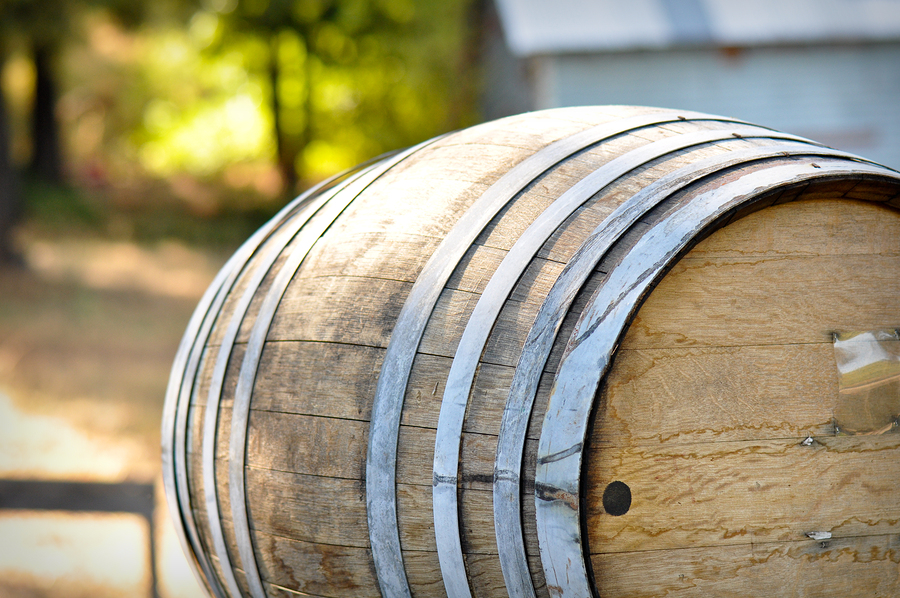 What do North Dakota and New Jersey have in common?  Not much except that they’re the only two states in  the country that don’t have an operating distillery.   In fact, at least since the end of Prohibition, and quite possibly since Lairds received theirs in 1784, no distilling license has been issued in this state.  It’s hard to believe it, but no living lawmaker has ever granted a distilling license in New Jersey.  Two people in Fairfield have changed all that. 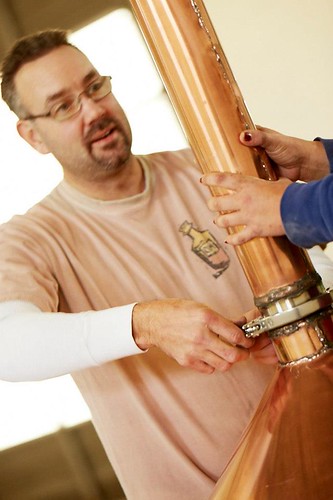 It kind of started over a beer.  Ever since Brant Braue’s brother asked him, “If you could wake up tomorrow and do anything, what would it be?” opening a distillery has been his dream.  “I think he put this in the maybe category until we met at Cricket Hill and started talking about it.” said Krista Haley, co-owner of Jersey Artisan Distilling in Fairfield.  “We also took a lot of inspiration from Rick Reed at Cricket Hill and how he pursed his dream and made a great brewery of it.” Rick has been a big advocate of the upstart distillery ever since.  In fact, he’s the one who introduced me to this story while I was talking to him about a piece on his own business.  Rick loves all things Jersey.  As you’ll see, so do Brant and Krista. 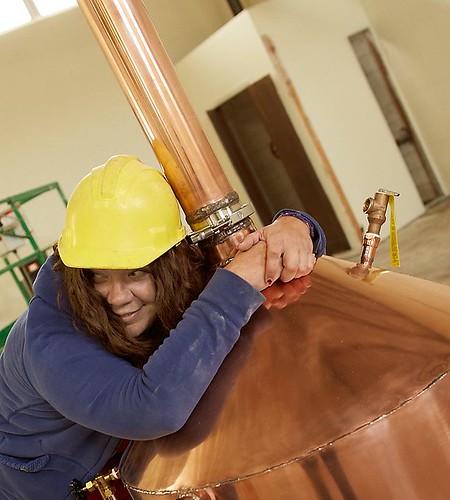 It took a “mere” 14 months for Jersey Artisan Distilling to become licensed.  That’s nothing short of a miracle in a state where no one really knew how to do it.  It helps to have an ace in the hole on the team, a lawyer.  “The fact is, I couldn’t have done this without Krista.” Brant admitted to me.  As Krista puts it, “I have dealt with a lot of politics and several government agencies throughout my career as a lawyer, which helped us in the licensing process and I hope that my skills will continue to help us develop and sustain our business.”

Krista’s law background was a valuable asset and Brant has his own expertise to add to the mix.  He ran an Electrical Engineering consulting business and that entrepreneurial experience has led to a solid business plan.  As an engineer, he understands the distilling process well and has applied that knowledge so he’ll be able to generate cash flow and not have to constantly ship young alcohol.  As we know, the aging process is key to developing complex flavors and he has plenty of storage space.

Besides tomatoes, the Garden State is best known for its corn, right?  There’s nothing better than fresh sweet Jersey corn on the cob to accompany your summer barbeque.  Of course, Jersey Artisan Distilling has another  idea for what they believe is the best sweet corn in the world.  Make booze!  Brant and Krista are very serious about getting the Jersey Fresh logo on their labels.  Thirty acres of Jersey corn serious!  They plan to source 90% of their ingredients in this state.  They will offer a series of  rums and vodkas flavored with seasonal fruits that are grown right here in New Jersey.  Sounds better than marshmallow vodka doesn’t it?  Personally, I’m looking forward to the cranberry rum in the fall.  You can also look out for cherries, raspberries, blueberries and strawberries to make their way into the distillery as the seasons allow.

“Rum will be our primary and premier product.” says Krista, but when they add two larger stills Jersey Artisan Distilling will turn out vodka, gin, whiskey and bourbon too.  With luck we’ll see the former two by the end of the year and the latter two in time for the 2015 holiday season.  You will only have to wait until this spring for the introduction of both light and dark rum though.  The craft beer scene is known for innovation and experimentation and Brant has brought that same spirit to, well, spirits!  I know I’ll be watching closely to see what he comes up with.

“Ours is a true partnership.” Krista told me. “We both have developed such a huge passion for this business over the last year and a half we have been working on it and dream great things for Jersey Artisan Distilling.”

Peter Culosis the editor of “Beer Bites,” a new monthly feature about breweries, bars and good beer in the garden state.  A graphic designer by day, and a life long New Jersey resident,  Peter was first introduced to the novel idea that beer could actually have flavor during several visits to the UK.  He’s been riding the craft beer bus ever since.  It has been called the ultimate social lubricant and Peter’s philosophy on beer is, “I’d rather split my last good beer with a friend than drink the whole thing by myself.”  Besides beer he also likes history, dogs, Jeeps and painting.  In the past, he has written a History and Art blog for the Weider History Group and occasionally contributes to his own blog, history-geek.com.  Life is short.  Drink good beer.