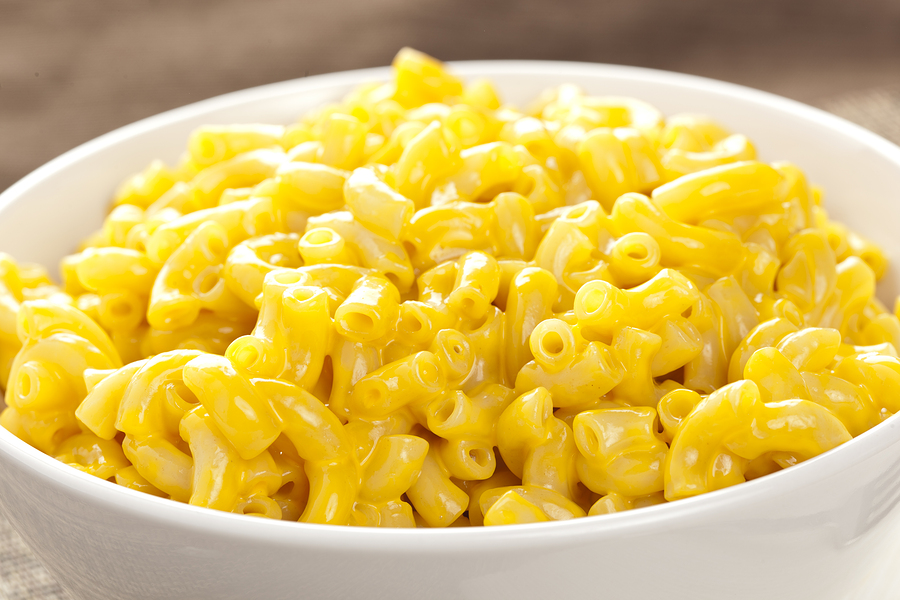 Have you voted for your favorite Mac & Cheese yet?  Sponsored by Napa Cellars Chardonnay and Menage a Trois Chardonnay, the contest is live online now until March 8th. The competition culminates in a cook-off between the top 5 chef finalists at The New Jersey Wine and Food Festival at the Crystal Springs Resort in Sussex County. The cook-off that will ultimately determine who owns the title of  NJ Mac & Cheese Boss will be held at the festival on March 16th from 12pm-1pm.

Tickets for the Cookoff are $30 and can be purchased online at njwinefoodfest.com  21 & Over Only.

This is the first of a three part series spotlighting the many chefs who are vying for the title of Mac & Cheese Boss of New Jersey. The Strip House Westminster Hotel: Chef Bill Zucosky. Chef Bill brings a wealth of knowledge, leadership and culinary expertise to Strip House, located in the luxurious AAA Four-Diamond Westminster Hotel, in Livingston, New Jersey. Zucosky presents Strip House’s signature steakhouse classics with a deft touch, and considers his personal cooking style to be eclectic American with an emphasis on classic technique.  His passion for cooking – which presented itself back when he was a child in Shenandoah Heights, Pennsylvania – brought him eventually to the kitchens of the illustrious Frog and the Peach in New Brunswick and Hamilton Park in Florham Park. Chef Zucosky’s passion for the outdoors since childhood inspires his grilling.  His favorite foods to cook have always been meat and seafood, the cornerstones of Strip House.  A resident of Linden, NJ, Bill enjoys and appreciates working with the fresh local bounty of the Garden State. Morris Tap & Grill, Randolph: Chef Eric Levine: Food Network Chopped contest champion and cookbook author, Chef Eric brings his talents and celebrity status to Randolph at the Morris Tap & Grill. While most kids were playing with action figures, Eric was in the kitchen testing and tasting recipes. As a youngster growing up in Brooklyn, Eric found excitement, challenges and passion in his favorite place – the kitchen. His childhood love became his career path and purpose. He studied at The Culinary Institute of America in Hyde Park, New York and soon after graduation, worked under celebrity chef David Burke at the River Café. He credits this experience with sparking his creative artistry with food.  PAIRSINE Chef of the Year 2012, Restaurant Guild International Chef of the Year 2013. Lisa brings an adventurous spirit to the eye and palate with color, texture, and flavor creating an all-sensory experience that melds well with that of the community in which the history of The National Hotel is so deeply imbedded.  Her ability to create visually exciting dishes that are intertwined with her skills as a full-fledged leader in the culinary arts of our area, are an unbeatable combination.

Lisa’s passion developed from a young age, fishing with her grandfather and canning fresh fruits and vegetables with her grandmother, which has instilled deeply her love and respect for local growers and their produce.  She has brought this love of food, the community, and local sustainable farmers, into The National Hotel and its clientele. Cielo Restaurant, Fairfield: Owner/Chef Anthony Pucciarello.  After graduating from the Culinary Institute of America and gaining his Bachelors Degree in Hotel/Restaurant Mangement from Farleigh Dickinson University, Chef Anthony worked as sous chef for the Tropicana Resort in Las Vegas. Upon returning to the East Coast, he began to work at various top restaurants in New York City. However, he really started to make a name for himself when he returned to New Jersey to work as executive chef at Papillion Restaurant in Nutley until 2003. Shortly after, he went to work as executive chef at Luce Restaurant in Caldwell for nine years. Today, with the help of his wife, Barbara, his mother, and his late father’s dear friends, the Scannella family, Chef Anthony has been able to reach his life long dream of owning his own restaurant.

Chef Anthony’s entry is Hide n’ Seek Mac n’ Cheese.  His vision for the dish goes like this:  “I fell asleep one night and woke up with this idea to create a meatball with spaghetti inside of it.  No one thought I would be able to figure out how to make this crazy idea of a backwards spaghetti & meatball meal.  I worked hard for weeks trying to perfect my clever concept.  Once it was exactly like the one in my dream I put it on the menu.   After weeks of ‘Our Soon to Be Famous’ then, ‘Our Almost Famous’ and arriving finally at ‘Chef Anthony’s Infamous Inside-Out Spaghetti & Meatballs,’ the dish has become my most talked about special.  Now, I have shifted my sights to mac & cheese. I have combined all of the ingredients of the dish– hidden and deconstructed.   You won’t be able to understand it until you have tried it — it is that ingenious!! Chef Anthony’s NEW Hide-n-seek Mac & Cheese made with a secret mixture of five cheeses and shaved black truffles.   No one will be able to deny Chef Anthony is the Mac & Cheese Boss of New Jersey.” Nicole’s 10, Randolph: Executive Chef / Manager Christopher M. Masey. Described by some as a ‘ Jack-of-all-trades and creative by nature, Chris calls upon his background in fine art & photography on a daily basis throughout the restaurant, be it through some of the original art and décor or in the kitchen as a Chef. His artistic vision can be seen through his style of cooking, utilizing a variety of methods through the fusion of multiple ethnic preparations. Chris ‘designs’ a host of unique dishes. His Chef background includes such restaurants as Morristown’s former South Street Trattoria, Margot’s Nue’clectic Cuisine, & even a stint with Marriott Corp. as well as several Italian restaurants in Chicago. Putting his heart and soul into every recipe he creates, the plate becomes his palette.