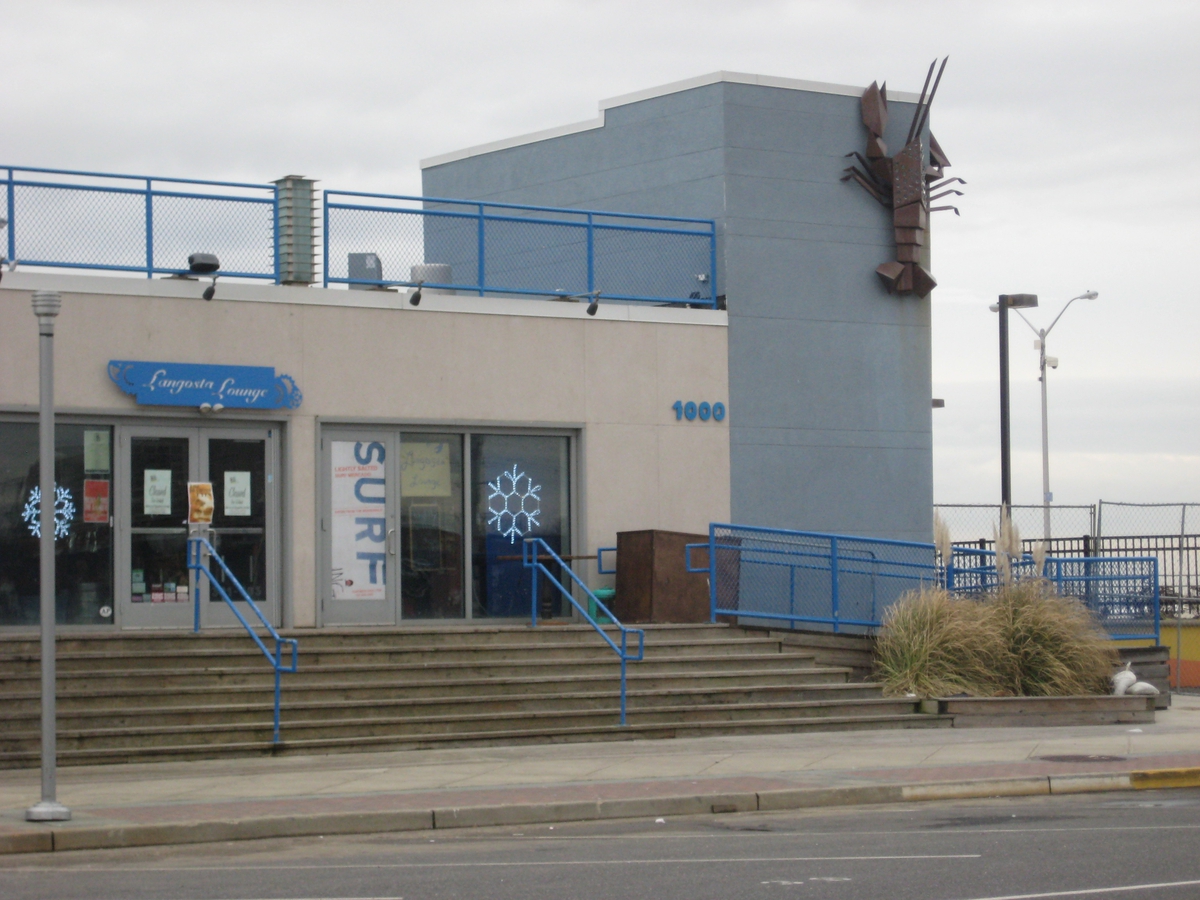 “As Buddha says your cup must be full in order for it to runneth over.”

Hurricane Sandy affected a lot of our fellow Jersey Biters. Many families are still not in their homes, waiting for reconstruction to finish or in some cases, to begin. An area that’s just starting to receive attention is the number of businesses that have been closed since the Hurricane and still haven’t scheduled a definitive opening date.  One of those restaurants is a personal favorite of mine, Langosta Lounge in Asbury Park. Marilyn Schlossbach, owner of Langosta Lounge and Pop’s Garage in Asbury Park, manager of Dauphin Grille also in Asbury Park, as well as Labrador Lounge in Normandy Beach, knows first hand how Hurricane Sandy impacted the local communities and she’s asking for help.

After evacuating her home with her two 4-month-old twins to move in with her in-laws, whom she stayed with for 3½ weeks, she finally visited Langosta to see the damage for herself. “The first day I headed back to Langosta Lounge someone said to me ‘How does it feel to help yourself instead of others now?’” she recalls. On the verge of tears she thought that comment wasn’t a reach. For the past few months, she describes what she’s going through as experiencing  “a death loss.“ The damage done to the restaurant will take hundreds of thousands of dollars to repair. After three months, Marilyn has still been unable to open two of her venues (Langosta Lounge and Labrador Lounge).  Langosta Lounge hasn’t even begun demoing due to lack of funds and Labrador Lounge remains closed due to the curfew and lack of residents. Without the cash flow, there’s little Marilyn and her team can do.

In order to open successfully in the near future, she needs to keep her credit intact with her vendors, who have also been affected. The closing of the restaurants have not just hurt Marilyn, but also her employees. The restaurants together have 75 employees and many vendors, all with families.  “My fish vendor lives in the Highlands and his whole family has been affected. It’s a chain reaction.” “We’re working class people. I never expected to make more than what I needed and to pay for a few vacations. We’re restaurant operators. I can’t get unemployment because I’m a corporate officer.” She now understands that in the future she will need that safety net that she had lived without, but to get back to that point, she needs help. That’s where Go Fund Me came into the picture.

Asking Others for Help

“It’s weird to ask people for money, but we just need some capital to continue. We’re giving back with gift certificates,” she says with a smile. “I would never put the full amount I need,” so she came up with $25,000 that will help her start. (A recent Asbury Park UEZ loan allowed her to lower the goal to $20,000.) As of January 15th, only 20 days later, 65 people have raised $7,315 in hopes of helping Marilyn get the restaurants back on their feet. To contribute be sure to visit Langosta’s Hurricane Sandy Go Fund Me site.

“If everyone on my 6,000 person list donated $5 it would help a lot.” The fund will help the businesses build momentum and hopefully continue to move forward to grand reopening in the spring.

Marilyn is a fixture in the local community, volunteering with organizations including Waves for Water and Food for Thought By the Sea. Not only does she own the restaurants that we love to frequent, but she also hosts community dinners for Thanksgiving and Christmas (even though Langosta Lounge was closed this year for both holidays, Marilyn along with the “cooperative” efforts of Dauphin Grille’s owners, were able to still hold the dinners for those who didn’t have a hot meal for the holidays).

It’s hard to see someone who does so much be so down. Sitting in front of her computer where she continues to file appeals to FEMA and her insurance companies, I can feel the frustration that she’s experiencing. However, she is positive that they will push through. Her goal is to open the restaurant sooner rather than later, put people back to work, and make the business better than ever before. “We gained the ability to start fresh, a chance to do everything better.”

“I hope to have a community dinner for everyone who donates at Langosta Lounge and a coming home party for Labrador Lounge. If we can learn anything, it’s to move forward, be positive, and be a part of your community.” The community has been stepping up for Marilyn. From receiving a hand written note and a $5 check from a woman she knows can hardly afford to give to a man who donated $50 and told Marilyn to give the gift certificates to another. Comments from donors range from “We miss you!” to “Your passion for helping others has inspired so many people.”

“I can’t express how touching all of your support is… As soon as our cup refills we will be there to help anyone who needs us,” Marilyn states on the site.

If you can help Marilyn, a woman that has helped so many, the ripple effects will travel through the community. Not only will your donation get Marilyn back up and running, but you’ll even get a hug and a gift certificate to Dauphin Grille.  Who can say no to that?! Langosta’s Hurricane Sandy Go Fund Me Site