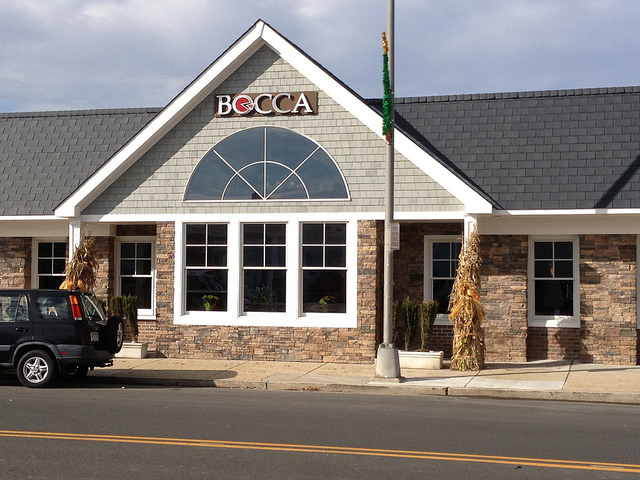 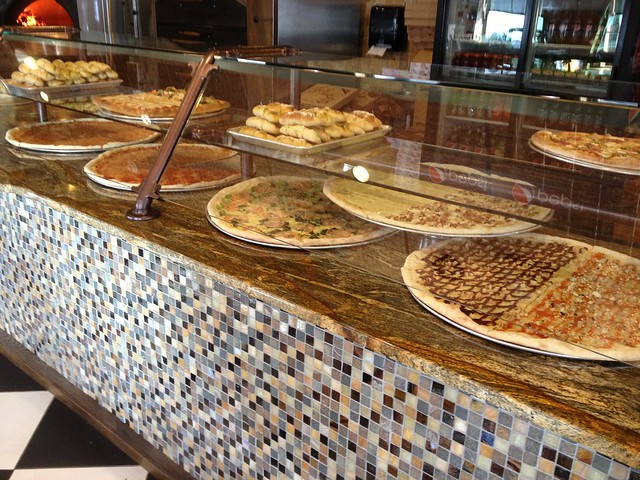 The new Bocca Coal Fired Bistro in Margate opened after the summer season and just in time for Hurricane Sandy. In spite of these setbacks, partners Lou Freedman and Ron Citta have managed to open with an impressive amount of business especially for this time of year at the shore. The bistro is beautifully decorated with a more casual pizza side and a sophisticated modern dining side complete with bar.

Both men grew up in Margate and totally transformed the former Sailfish location inside and out. The coal fired ovens are smoking hot, burning at 900 to 1100 degrees and can cook a pizza in two minutes. Talk about instant gratification! Chef Robert Pappas makes his own sauce, bread, roasts his own red hots, and roasted peppers. They make their own soup, stocks and demi-glaces in house too. That’s the way it should be and it shows! Bocca offers a full menu from appetizers, soups, salads, sandwiches, pizzas (of course), main courses, desserts and a full bar. 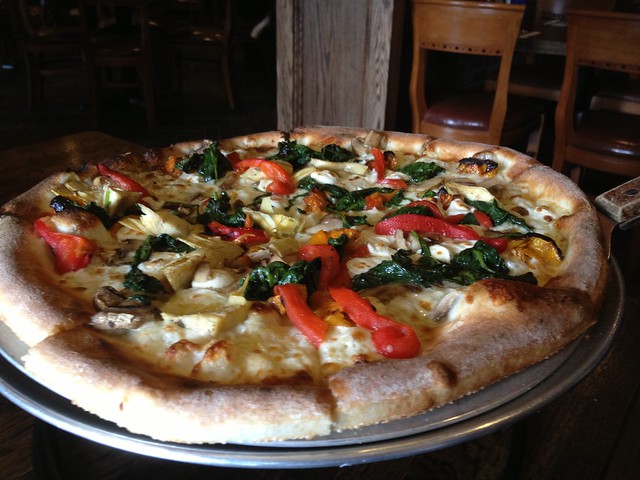 On this afternoon out with my husband, a local builder, we were surveying the damage from the hurricane and decided to stop in to Bocca for lunch. Dinner time had been so busy, so we thought we would try our luck. There was a nice crowd for a cold fall day at the Jersey Shore. We were seated in a beautiful booth near the bar. I knew I was having a coal fired pizza, I mean how could you not? I finally decided on the Vegetarian Coal Fired Pizza with garlic, olive oil, Portabella mushrooms, artichoke hearts, marinated yellow tomato, coal fired oven roasted red peppers and fresh mozzarella. What’s not to like? The crust was thin and crispy with just the right amount of char and taste. The veggies were fresh and plentiful. 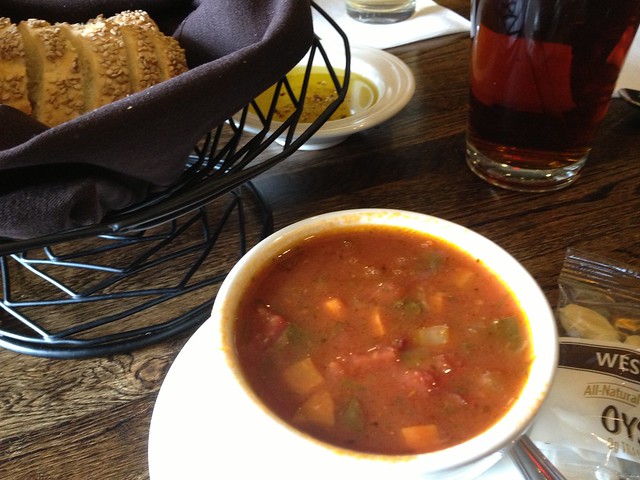 And, a cup of Minestrone homemade with beans, pasta, chunks of tomatoes, and veggies in a flavorful broth. You could tell it was homemade. 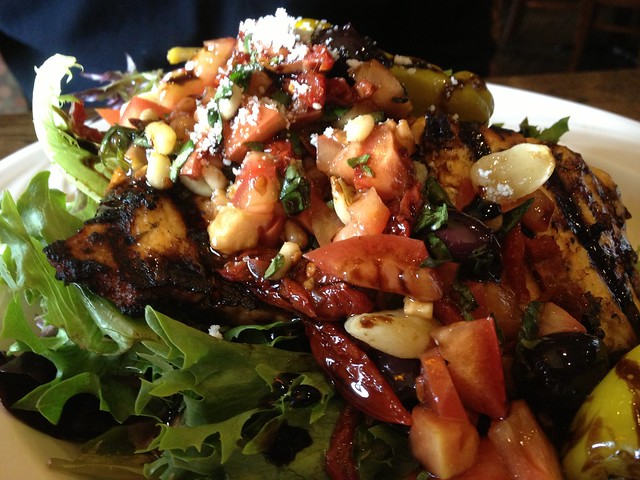 My husband had the minestrone and the Tuscan Salmon Salad with an amazing charred glaze, and cooked to juicy perfection nestled on top of a super fresh mesclun salad with marinated roasted garlic, coal fire roasted red peppers, tomato, kalamata olives, pine nuts, pepperoncini, capers and crumbled Gorgonzola in an apple cider vinaigrette. Very good salad! Well done. They served well crafted, sesame seeded bread for the table as well. Nice touch! If they keep the quality at this high level with the fair prices they offer now, this bistro is a homerun! You won’t be able to get a table come summer!