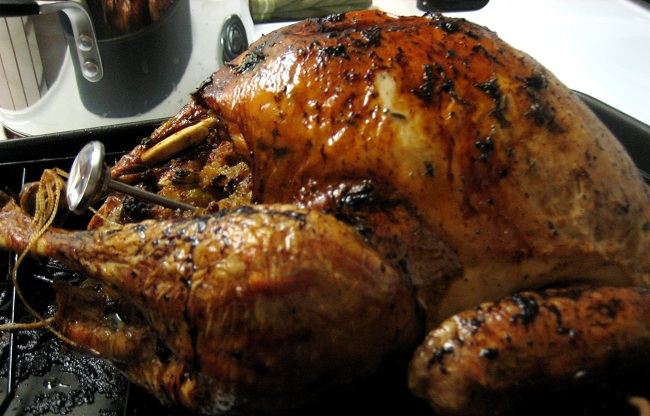 Take it from someone who cooked Thanksgiving dinner in its entirety by herself last year — making your first Thanksgiving dinner is undoubtedly daunting. The process is involved and requires a lot of planning. The first thing you need to do days before Thanksgiving is your homework. Read recipes, talk to experienced Thanksgiving cooks, take notes and plan your meals. Staying organized is key, because this isn’t a meal you can whip up in an hour. Before Thanksgiving, I read recipes from a few different cookbooks, wrote a list of ingredients and figured out when to start each dish so that everything would be ready to eat at the same time. Thanksgiving is the major leagues, and you absolutely need a game plan. Here are common mistakes for each dish and how to avoid them.

Cooking the turkey before it’s fully defrosted. The most basic way to ruin your turkey is to cook it when it’s not fully defrosted. It takes one day for every four pounds for a bird to defrost. Defrost it in your fridge, keeping the bird in its original packaging. Check its temperature as it thaws. It should be 40-45 degrees before you’re ready to cook it.

Overcooking or undercooking the turkey. The best way to avoid this is to use a meat thermometer. Insert the thermometer in the leg thigh, and make sure it doesn’t touch a bone on the turkey. Take out the turkey when it hits between 160 and 165 degrees F. The bird’s temperature will continue to rise 5-10 degrees after you take it out of the oven, so if it’s over 165 degrees, you could risk over cooking it.

Estimate of how long it takes for a turkey to cook per pound:

Over basting the turkey. Baste the turkey every hour, but not more than that. Every time the oven door opens, it lets out heat that prevents the turkey from cooking properly. Also, after it’s out of the oven, let the turkey rest for at least 30 minutes before carving. This keeps the moisture in the meat. 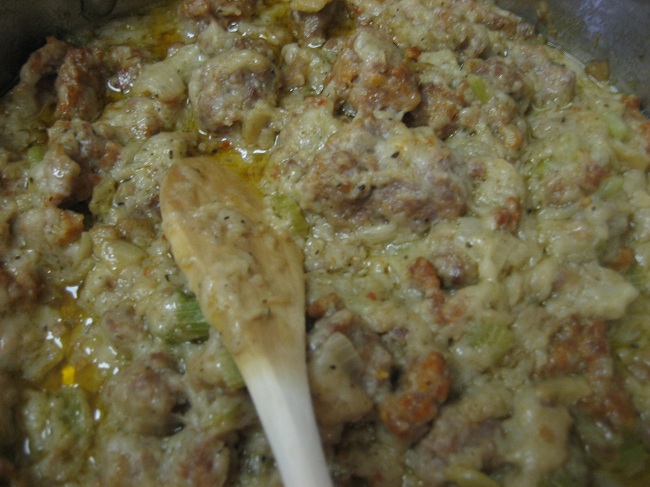 Stuffing the turkey and then cooking it. This prevents the turkey from cooking properly and can create a breeding ground for bacteria on the inside of the bird.

Adding all the stock at once. You don’t want the bread to be swimming in stock. Add a little at a time – ½ cup — so the bread can fully absorb the stock and there isn’t pool.

The gravy comes out too thin or too thick. If the gravy looks too thin, add more roux – equal parts butter and flour and let it simmer longer so it becomes more concentrated. If it’s too thick, add water, chicken stock or turkey stock to loosen it.

Clumpy gravy. This happens when the roux isn’t incorporated well enough. Whisk the gravy quickly to get rid of the clumps. If that doesn’t work, strain it.

Blending the mashed potatoes too much. Potatoes will get gluey if mashed too much. The secret is using all warm ingredients – warm milk, softened butter, so you don’t overdo it. Also, using a potato ricer or a food mill will make them creamy.

Not opening up the top. Be sure to poke holes in the top of the pie with a fork or make a lattice top, allowing the apples to breathe. The middle will come out mushy if some of the moisture from the apples doesn’t evaporate.

Megan Anderle is a web journalist by day, food blogger by night. On her blog budget-bon-viveur.com, she teaches beginner cooks the basics and proves that you can eat well without breaking the bank. Megan thinks everything tastes better with Nutella and hopes to attend culinary school one day.