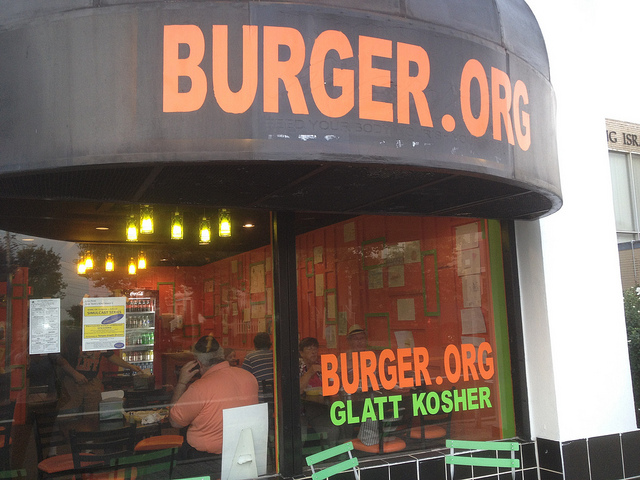 Burger.org of Margate is the South Jersey addition to the fast growing chain of kosher burger joints in Philadelphia, Cherry Hill and soon to be Elkins Park, Pennsylvania locations. The brainchild of Yoni Nadav and Eyal Aranya whose plans include more restaurants around the country. Their slogan is “kosher for everyone” and their goal is to attract kosher and non-kosher diners alike. Lots of people are finding kosher not for just religious reasons, but for the quality, general healthfulness and food safety. They originally started out as an organic restaurant, hence the .org which stood for organic, but later they decided to change to kosher. A novel concept, but a little difficult because of the hours of operation. But, having said that it is definately worth it once you try it! 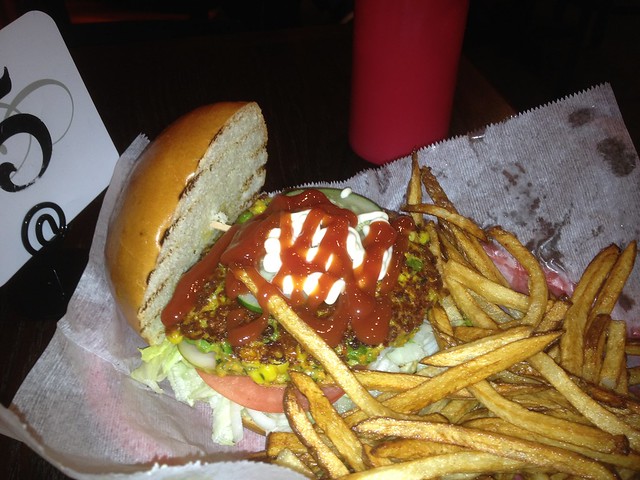 The menu at Burger.org has many meat and non-meat options. Burgers made of lamb, beef, turkey, fish and veggie with lots of sauces to choose from. There is no cheese, remember it is kosher and that means no mixing dairy with meat. But you won’t miss it I promise you. You can top it with an over easy Fried Egg, Guacamole, Grilled Pastrami, Mushrooms, or Pico De Gallo Plus, it is better for your digestion not to combine the two, but I digress. They also offer Shawarmas, Fried Chicken Schnitzel, Israeli Salad (chopped) and  other salads, as well as Soup of the Day. It was Lentil the day I was there.  I ordered the veggie because I was told it was scrumptious, and I was not disappointed! 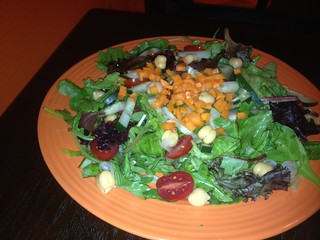 You can order all the burgers with a bun or a lettuce wrap. I ordered the bun this time, with French Fries and an Israeli Salad. The burger was full of chunky veggies with pickles, lettuce, onions, tomatoes on top and bottom add to that ketchup and a squirt of mayo and I am in burger heaven. The fries were good too. I would have liked them a little crispier, but that’s just me. The Israeli Salad was mounded high and was crunchy and bright with tomato, cucumber and onions chopped small and topped with lemon and oil. Yummy! I will most certainly be back. I ordered a mixed salad and another veggie burger to go for the next day for lunch. Does that tell you how much I liked it?!