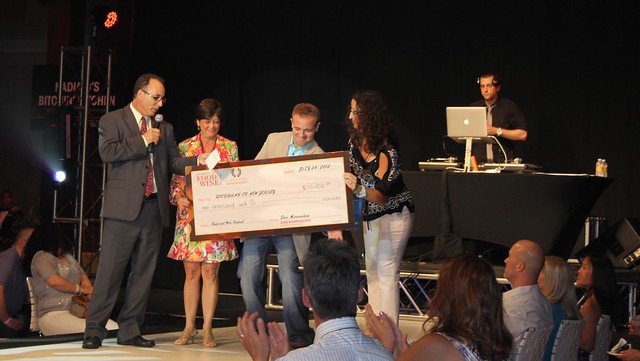 Hunger relief hit a jackpot in Atlantic City last weekend with a $10,000 donation during the Atlantic City Food and Wine Festival.

Festival hosts Caesars Entertainment Atlantic City gave the funds to the Community FoodBank of New Jersey on the runway during the Sweet & Stylish dessert party and fashion show on July 28.

“In addition to incredible ways in which our participation facilitated discussions about our cause and promotion of our brand, the donation will help us feed families who are struggling right now. Generally speaking, we’ll be able to provide ten times the amount in food for our hungry neighbors,” said Richard J. Uniacke, director of marketing at the Community Food Bank of New Jersey. “It felt very cool to be up there right after a fashion show and chat with famous chefs backstage. I’ve accepted donations before, but this was particularly cool.”

Ninety five percent of all monies donated to the organization is put into helping people and programming.

The Community FoodBank of New Jersey, a member of Feeding America, distributed 39 million pounds of food in the last year, helping to feed 900,000 people in need in 18 of New Jersey’s 21 counties.  Its staff and volunteers fight hunger and poverty not only through the distribution of food and grocery products, but by education and training, and by creating new programs to meet the needs of low-income people.

“The money is unrestricted,” said Anthony Guido, director of public relations and communications, Community FoodBank of New Jersey. “We do say for every dollar in our operating budget we can turn that into close to ten dollars worth of food.”

In addition to accepting the generous donation, the Community FoodBank also had four staff members from its Community Kitchen and several recent graduates of the Food Service Training Academy take part in a pair of food events. 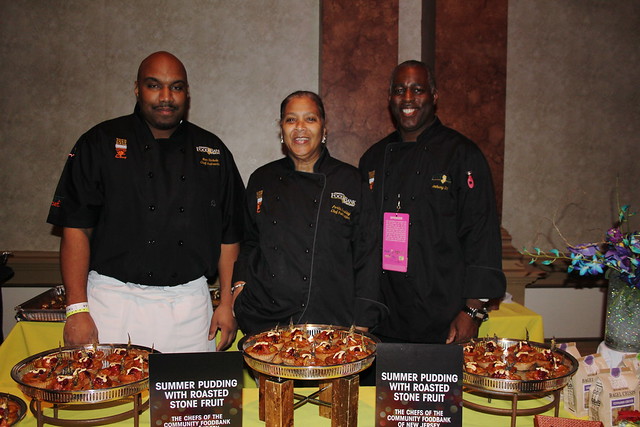 “The Community FoodBank of New Jersey greatly appreciates the financial and promotional support that the festival has provided, as well as the opportunity to show off our culinary skills,” said Richard Uniacke, the FoodBank’s Director of Marketing.  “This was a terrific opportunity for our staff and recent graduates, who earned valuable high-end experience.”

Giving back to their communities is a priority for Caesar’s Entertainment.

“We play a large role in the communities where we are privileged to operate. That means we have a responsibility and unique opportunity to effect positive change,” said Ms. Dougherty. “This is something we embrace.  We believe that our business success is inseparable from the success of our initiatives to strengthen the economic, social, and cultural fabric of our home towns and cities. So we invest in those initiatives.”

Additionally, the FoodBank’s Grains for Good bagel crisps were on sale at the Grand Marketplace throughout the weekend.