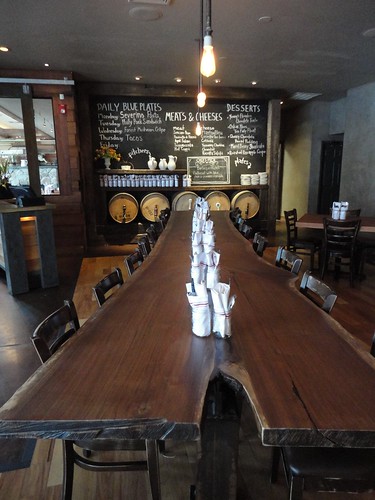 Keg & Kitchen, recently reinvented by owner Kevin Meeker from the vino-centric Cork to the hop-happy craft-food restaurant, is a tasty example of sustainable business in Westmont, NJ. The town is nestled between two dry meccas, Haddonfield and Collingswood, and is ripe for a brewpub to fill the gourmet hole.

According to Keg and Kitchen’s Rose Mohr, the concept of a “craft kitchen” had been in the works for some time but the instigator to get moving was where they saw dining trends  heading.

“With the economy the way it is, people weren’t looking for fine dining. They wanted something more casual and that’s where the craft experience came in,” says Mohr.

Keg & Kitchen cut the portions and prices to make meals more accessible and concentrated on bringing a new beer experience to Haddon Ave. The restaurant has 120 beers, including a sizable canned collection of micro-brews. The canned movement has gained momentum as smaller producers push their product out and consumers get past the stigma to the advantages – faster chilling beer and less chance of oxygen and light taking the fun out of a cold one! 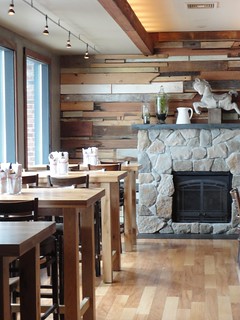 The space itself got a face-lift highlighted by reclaimed materials of the previous concept as well as light fixtures (see if you can tell which pieces are reincarnated plumbing pieces?)  and wall panels from other businesses. The literal centerpiece of Keg & Kitchen’s transformation, a long communal table taking up the center portion of the main dining room, is a sliver cut from a fallen tree in the Lancaster area. As part of their ongoing green practices, Mohr mentioned with their focus on fresh ingredients there isn’t much in the way of food or packaging waste from the kitchen to dispose of. coming from the kitchen to dispose of.

Looking ahead, Keg & Kitchen is developing the concept of a beer garden on site. Once the spatial figuration and local ordinances are worked out, area residents will be able to enjoy craft brews and chews in a new outdoor space on the Ave. Meanwhile, Mohr invites patrons and new visitors to enjoy a beer and brunch pairing under the collaboration of general manager Tim Lyons and Chef Ean Flannigan like “The Hangover Cure”‘s beer-battered soft-boiled egg,  try a new beer for Wednesday $2 cans or celebrate a Phillies win (or hey! loss) on Tuesday Phila-Day highlighting Philadelphia brewers and traditional foods. 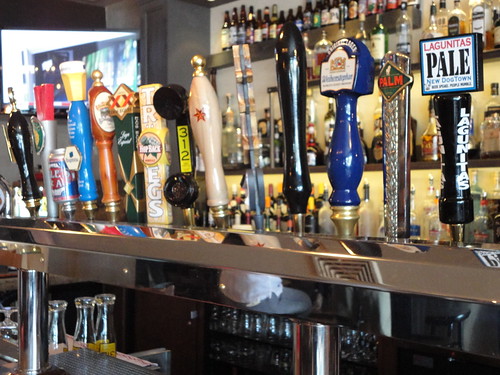