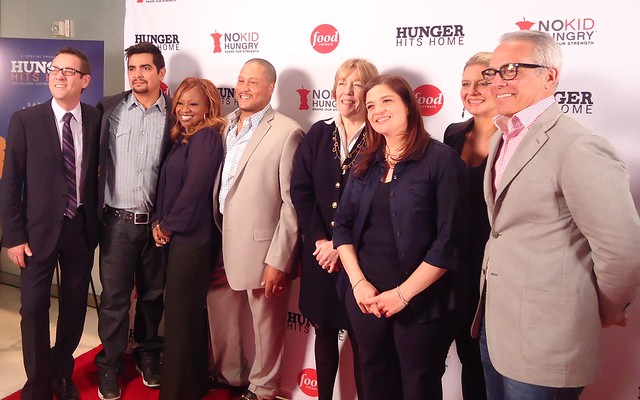 Did you know that 1 in 5 children in America live with hunger? That statistic is not only true but startling, devastating, and somewhat surprising if you think of America as the wealthiest nation in the world. So if there is one message that I received while at the preview of Hunger Hits Home, it would be: raise awareness. The Food Network produced documentary created a sense that as a nation, we need to become more aware of the hunger situation throughout our country.  The stars also came to get the word out that we all need to and are capable of doing something, anything, to help end childhood hunger. 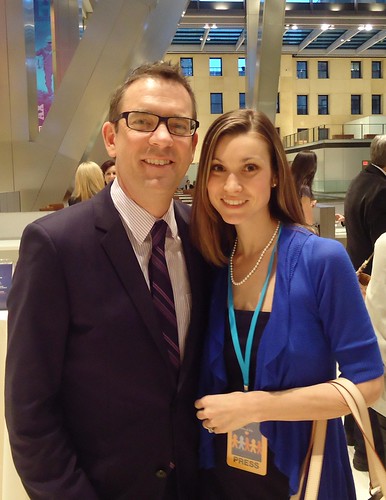 Before the viewing, I was able to meet and talk with some of the attendees who came out in support of this cause. Those in attendance included Sandra Lee (Semi-Homemade Cooking with Sandra Lee, Sandra’s Money Saving Meals), Brooke Johnson (President of Food Network), Bill Shore (Founder and CEO of Share Our Strength), Chuck Scofield (Chief Development Officer of Share Our Strength), Aaron Sanchez(Chopped, Heat Seekers), Alexandra Guarnaschelli (Chopped, Alex’s Day Off), Amanda Freitag (Chopped), Gina & Pat Neely (Down Home with the Neelys), Geoffrey Zakarian (Chopped, The Next Iron Chef: Super Chefs), and Ted Allen (Chopped). The event was hosted by Sandra Lee, and fittingly she was the first to make the red carpet entry. And although I was unable to speak with her directly, her opening speech prior to the documentary was truly poignant and moving. I spoke quickly with Amanda Freitag and Alexandra Guarnaschelli, both of whom spoke about raising awareness and coming together to help fight this situation. 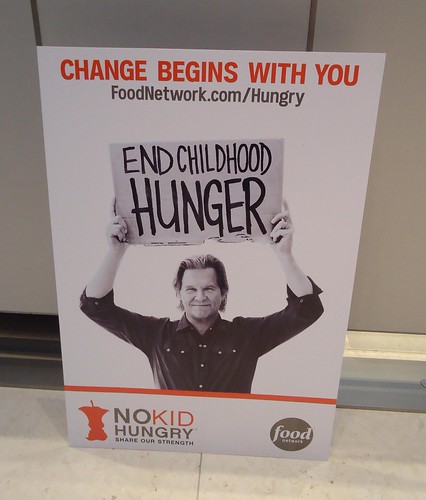 The screening was nothing short of impactful. Narrated by anti- hunger activist Jeff Bridges, it focuses on the hidden crisis of childhood hunger in our nation. The film allows viewers to see firsthand how hunger is affecting families throughout the US. From the perspective of three families, viewers are able to see just how hunger is taking its toll upon them.   Anti-hunger activists, educators, and politicians motivated to end this problem are featured as well during the documentary. Besides covering the devastating effects of hunger, the film details efforts some are making to put a stop to it. Heroes in the film include a food pantry holder determined to feed those in need and a principal refusing to allow his students to go hungry. The work of government officials and not-for-profit leaders is also documented throughout the movie and showcases how these people are going above and beyond to get necessary resources moving. The people and their efforts put forth in the movie are most definitely helping to fulfill Share Our Strength’s commitment to ending childhood hunger in America by 2015. 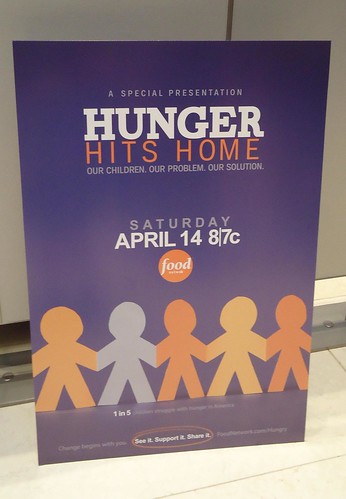 The film is part of an ongoing partnership between Food Network and Share Our Strength, whose No Kid Hungry initiative aims to eliminate child hunger in America by 2015 by surrounding children with nutritious food where they live, learn and play.

Hunger Hits Home premieres on April 14th at 8pm/7pm central on Food Network. Information can be found at www.foodnetwork.com/hungry .

Share Our Strength’s No Kid Hungry campaign is ending childhood hunger in America by connecting kids to the healthy food they need, every day. The No Kid Hungry Campaign ensures children in need are enrolled in essential nutrition programs, helps families get the most from their food resources and invests in effective community organizations fighting hunger. The No Kid Hungry campaign brings together public/private partnerships of political leaders, educators, corporations, chefs, parents, caretakers, faith leaders, anti-hunger activists, and others with strengths to share to end childhood hunger. Through its Cooking Matters ® program, the No Kid Hungry Campaign teaches families at risk of hunger how to get more food for their money and better nourishment from those foods. For more information on the No Kid Hungry strategy to ensure kids have access to healthy food where they live, learn and play, visit NoKidHungry.org.

Peter Culos - January 18, 2021
Everyone knows that the most common new year resolution is to lose weight. This is especially true in this year of COVID. I’m not...

Pilgrim Diner in Cedar Grove to Reopen Later This Year

When and Where to Find Rahway’s “Takeout” Restaurant Week 2021

Jersey Pizza Joints: Delivering a Shift in the Facebook Landscape