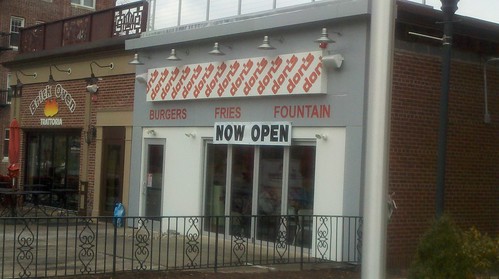 While Don’s Burgers, Fries and Fountain is a new eatery in Morristown, the restaurant claims its legacy can be traced to the now beloved Don’s Drive-in formerly of Livingston. Don’s was a part of Livingston for 40 years, and closed in the mid-90’s as its business was lost to encroaching fast food chains. Now, its been revived as a part of the modern ‘better burger’ trend that has given rise to quality burger chains across the state. The new owners claim on their website that they seek to serve the spirit of Don’s Drive-in by serving good food with quality and respect for their customers. 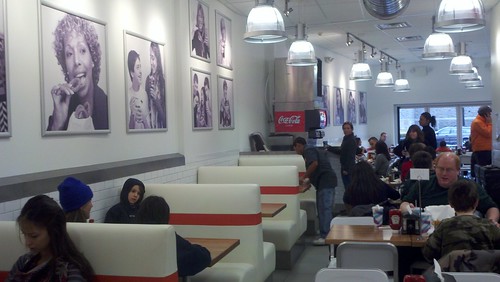 The restaurant is set up like most fast casual burger joints. You order first at the counter, and they will bring the food out to you as its ready. The dining area itself is decorated in a contemporary style with white tiled walls but maintains its retro spirit by playing a mix of oldies and soul songs. 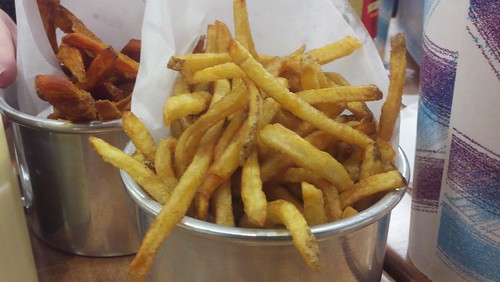 My meal here started with the fries and onion rings which were brought out first. The rings and skinny fries were fried perfection. Not only were they delicious, but the servings were pretty big and could have easily have fed two people. 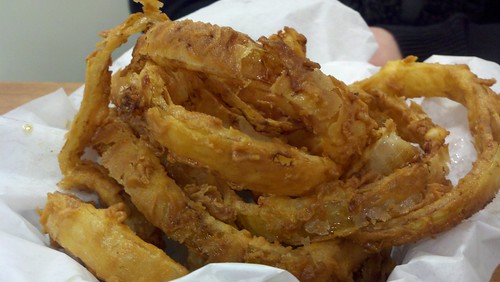 The menu at Don’s isn’t particularly varied, but what would you really expect here? They have an array of burgers, of course, but, should you not want meat, they also serve salads and grilled cheese sandwiches.  But really, if you want my advice, its a burger joint, so get yourself a burger. In fact, let’s take a look at those burgers. 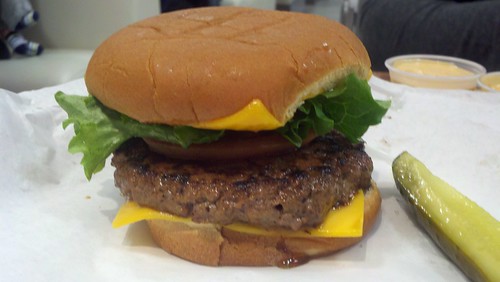 There’s about a half dozen burger choices at Don’s. Most of the burgers have real Angus beef patties, but you could get a turkey burger or veggie burger, if you’d like. The first burger I tried was just a regular cheeseburger, and it was great. They’re cooked on a flat grill, and you would expect them to be a bit greasy because of that. But don’t get the wrong idea and think that these are soggy truck stop burgers. Don’s thick Angus patties are juicy delights! The lettuce and tomatoes were fresh and crisp, and even the slice of cheese was thicker than you get at those fast food chains. 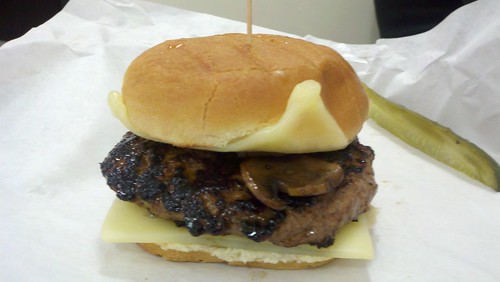 I also tasted the Alpine Burger. This burger is decked out with Swiss cheese and Mushrooms, very tasty, and I once again have to note that the cheese was a quality slice. 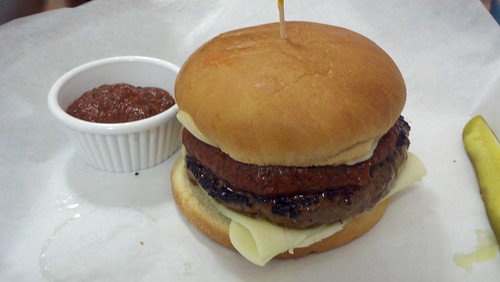 Another burger I tried at Don’s was the Pizza Burger, and this was unlike any pizza burger I ever ordered. The sauce was thick and pasty, clearly a spreadable sauce not meant for pasta. Its taste was robust and well spiced. Even the mozzarella cheese was sliced thick like you’d get at an Italian deli, not like the shredded topping you’d normally get on a diner pizza burger. 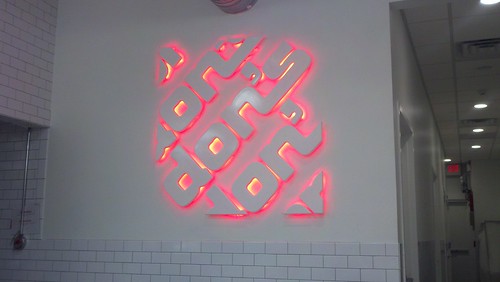 I was really impressed with the whole experience I had at Don’s Burgers. The quality of these burgers is one that can’t be replicated when you get a rushed order at a drive thru window. I would have to say that Don’s is currently serving some of the best burgers in Morris County, and, whether you seek out great burgers like me or just want to treat yourself to something better than the same old fast food, you need to check out Don’s. Hopefully, they will be a part of Morristown’s foodscape for a long time.

New Jersey Nick – If the Jersey Devil was 6’1″, overweight and bearded, his name would be Nick.  New Jersey Nick can not cook without the aid of a microwave, but, thanks to an iron stomach, he has learned about food by being a fearless and adventurous eater.  A self-proclaimed Burger Expert, Nick forgoes fancy restaurants to get a taste of all the ‘good food that’s bad for you’ from New Jersey’s Diners and Burger Joints.  When he’s not writing about food, Nick spends time on his other hobbies as an Xbox enthusiast, a Horror Movie Savant, a Nascar follower, a Comic Book Reader and a Pro-wrestling fan.  Just like Batman, Nick has a day job in the real world that isn’t as interesting as his alter ego.  You can read more about Nick’s adventures on his site at www.newjerseynick.com, follow @newjerseynick on Twitter  or ‘like’ him on Facebook.