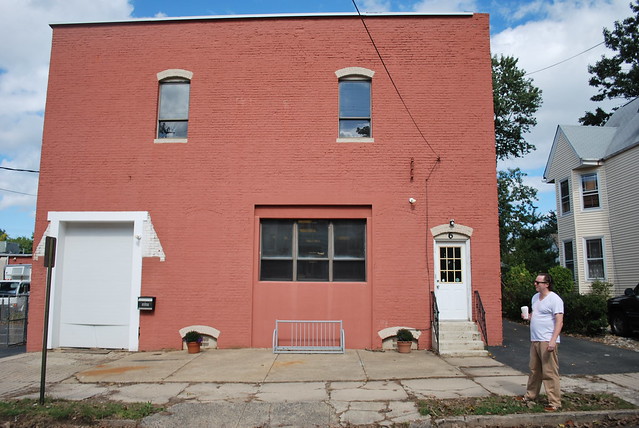 Having had the opportunity to sample Carton Brewing’s wares at Beer on the Pier in Belmar the previous weekend (where they won People’s Choice for a session beer no less) I was eager to get a tour. Carton is located in the quaint Jersey Shore town of Atlantic Highlands in Monmouth County.  Although there’s no sign out front the building practically screams “Craft beer made here!”  The lack of sign is out of respect for a grammar school located directly across the street.  Augie and Chris Carton (cousins) and brewer Jesse are civic minded folks.  They even recycle the steam used in the brewing process to mitigate the brewing smells around the building.   The old brick structure was built around 1900 to house tents for the religious retreat that Atlantic Highlands once was.    Over the years it was re-purposed many times including (as confirmed by a visiting couple while I was there) a beer distributor.

Augie gave me a brief tour which revealed a very efficient use of space and some quirky features like the resurrected dumb waiter they use to haul stuff up to the second floor.  The brewery will be open from 12pm to 5pm on Saturdays for tours and testing’s (growler fills too) so I’d encourage you to go for a tour yourself to learn all the beer geek particulars. 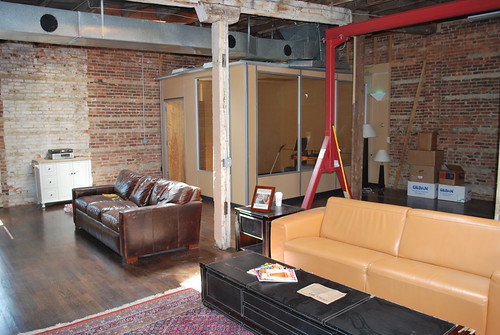 At the end of the tour, Augie suggested we go upstairs to the tasting room and have a beer.  I graciously accepted, of course.  The character of the old building presented itself once again.  Augie and Jesse rescued the red brick walls, rough hewn beams and massive skylights from a lifeless drop ceiling and some kind of vinyl wall covering.  A spacious bar and a couple of  leather couches completed the relaxed environment.  I could get comfortable here really fast.

After pouring us a tasting glass of Boat, Augie motioned me over to the couches where we sat and began our chat.  It was a long time until we came to the subject of beer though.  To my surprise, Augie opened the discussion by giving me an overview of his  favorite chef’s and restaurants.  When he mentioned “molecular gastronomy”, I knew I was talking to a major foodie! 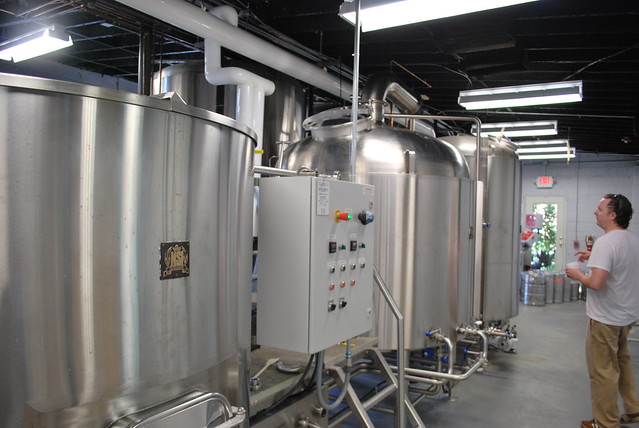 The love for food spills over into the brewing process.  For instance, I was able to taste a pumpkin beer they are working on which really sets itself apart from the myriad of other pumpkin offerings out there.  Jesse and Augie finally agreed that they should brew a pumpkin beer (they often engage in “healthy” debate!), but thought not of pumpkin pie, but rather pumpkin ravioli in butter sage sauce.  You can’t actually brew with butter, but you get the idea.    Then there’s their Brunch Dinner Grub which is a brown ale inspired by bread crust.  It’s spot on and a sort of universal pairing for just about any type of food.   That’s the kind of thought that goes into each of their beers.  Even the session beer, Boat, with its boatload of citrusy hops, is designed as a thirst quencher and pre-meal quaff.

So, add their website to your favorites list and keep an eye on what’s in the tippy and where you can find their beer.  Chances are, you’re going to find a pretty good menu backing up the beer!