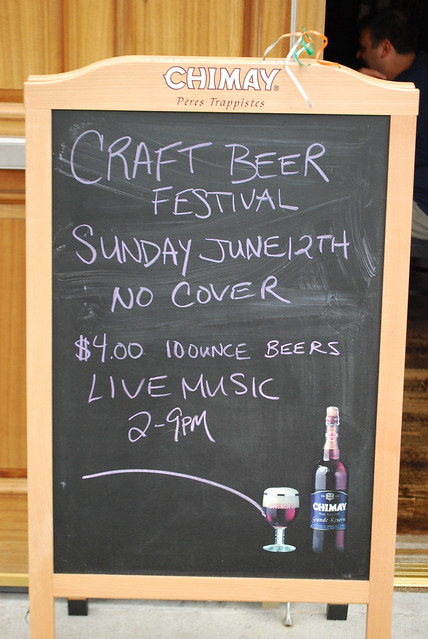 Beer Festivals don’t have to be rocket science. Just ask the folks at Maloney’s Pub in Matawan. Live music from 2pm to 9pm. Check. Great beer. Check. Get the word out. Check. That’s it! No tickets, waiting in line or any of the other hassles that go along with a large scale beer festival. The question for me was, would it work?

So, on Sunday June 12th at about 2:30pm, I headed up to Matawan to find out. As I crawled along Main Street, trolling for a parking spot, I already had my answer. Trust me, it’s usually not that hard to park on Main Street. The big doors that make up almost the entire front of Maloney’s were open revealing a lively crowd within and letting some of the live music spill out. This looked like fun.

And it was! The hook was that every one of their 75 beers on tap were available at $4 for a 10 oz. glass. It was a simple and brilliant idea! Think about it. There’s no pressure or incentive to “drink my money’s worth” or stay to the bitter end. It makes for automatic crowd control because people feel free to leave when their money or time runs out or when they’ve had their fill. While I was there, it was crowded but not packed. Enough people to create a buzz, but not a jostling mess. 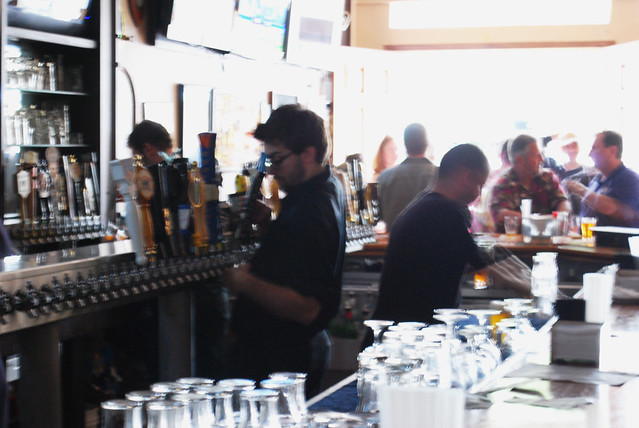 It was obvious they were there for the beer too. I love to see that. I spied but one brown Miller Lite bottle standing admid a sea of 10 ounce pours. In those glasses were Six Point Bengali Tigers, Hopsicutioners, and St. Bernaduses (or Bernadi?), plus about 72 others. What a great atmosphere for trying new beers!

According to the staff, it was an opportunity to see new faces too. Only about 10% of the attendees were regulars and the rest were folks trying the place out for the first time. Of course, that was an unscientific poll, but it’s staggering if only half true. There were also tee shirt giveaways and some free buffet munchies to round out the event, but clearly the focus was on the beer in it’s many styles and forms.

Maloney’s Beer Fest was a success from both sides of the bar. It was billed as an annual event, so keep an eye out for it next year, but don’t wait that long to pay a visit. Whatever your palate is, you’ll find something on one of those 75 (and growing) taps that hits the mark. They also host many Beer Pairing Dinners. Coming up on June 24th is their second annual Dogfish Dinner.