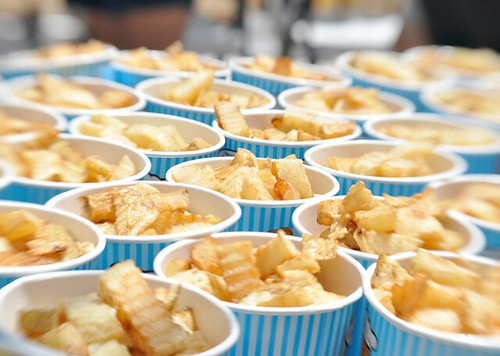 On Saturday of Memorial Day Weekend, 15 eaters went gut to gut to see who could eat the most 1 lb buckets of the Wildwood Boardwalk’s famous Curley’s Fries. These thick, hearty, crinkle cut fries have become a Jersey shore staple, but they sure looked unappetizing on Saturday at Joe’s Fish Co. on Surfside Pier in Wildwood.

Competitors employed various interesting (and somewhat disgusting) methods to get their fries down as fast as possible. Some drank water after each handful. Some “pre-chewed” by mashing the fries in their fists. Others poured water directly into the buckets, making a cold Curley’s Fry soup. A couple donned crazy costumes, though I’m not sure if that actually had a positive gastronomical effect. 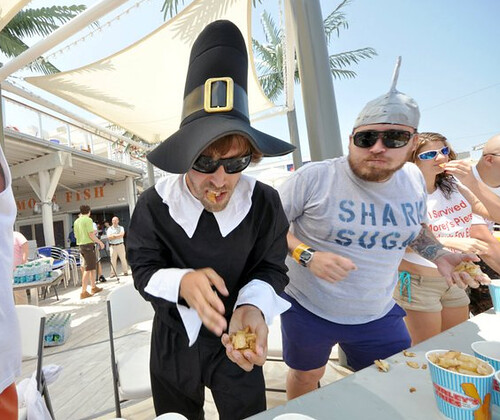 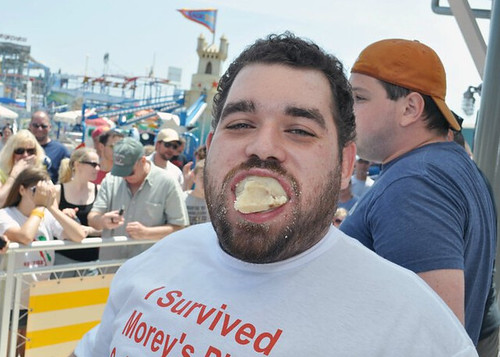 Professional Eater, Dave “US Male” Goldstein, was the favorite to win. He was certainly entertaining to watch as he seemed to “dance” to get his fries down. Hometown hero, Justin Vitti also showed potential. Though not a professional, Justin enjoys food challenges the two were nearly bucket for bucket the whole time. Watch them go head to head in this video.

At the end of 5 very long minutes, the buckets were too close to call. Three eaters agreed to participate in an eat-off for an additional 2 minutes. It was not pretty. Potato bits flew everywhere. In the end, Dave Goldstein took home the grand prize after eating a total of 3.5 lbs of Curley’s Fries. 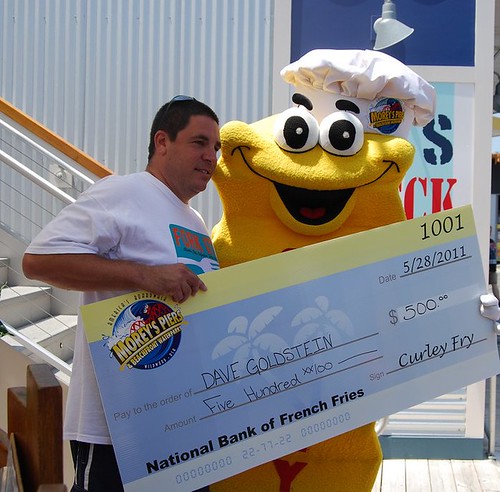