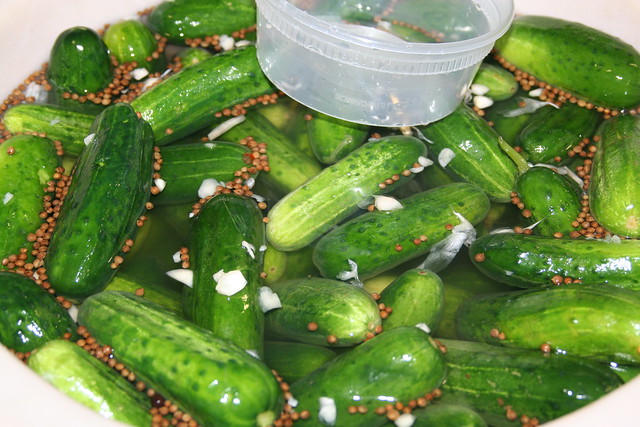 Pickles, jam and tea are not the top items one looks for when heading out to a chocolate expo, but these delicious delights turned out to be the highlights of my day at the Chocolate World Expo held at the Expo Center in Secaucus this weekend. Since I have loved pickles all my life, I was surprised to learn we have our very own pickle shop right here in New Jersey.
Picklelicious has at least seven different kinds of pickle pickles, picked peppers, pickled vegetables and olives. Not being an olive fan, I gave all my time and attention (or the 15 seconds the pushy crowd allowed) to the cucumber-based pickles. The mild, fresh new pickles and the half sours were my favorites. Located in Teaneck, they are a bit of a hike for me personally, but fortunately they make the rounds at farmers markets, so I will be on the lookout for my next pickle fix. 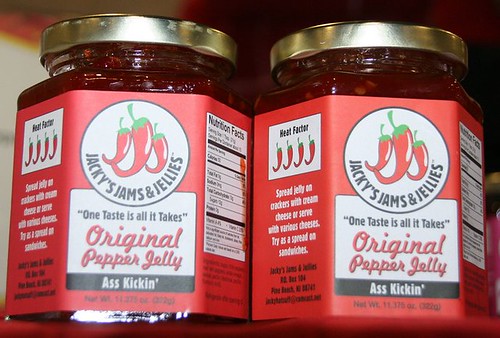 Jacky’s Jams and Jellies were the second stand out for me. I tried and loved the Pine Beach company’s Peach Pepper Jam and Strawberry Pepper Jam. The peach was plain on a spoon, and was peachy keen, a burst of fresh Jersey peaches in a jar. It wasn’t too sweet or sticky, which allowed the freshness and natural flavor of the fruit to shine through. The very mild heat, which was milder than many mild salsas, hit the back of your throat afterward. Same for the strawberry flavor, which was served over a brownie. As much as I love brownies, I wish it was served straight up to allow the fresh strawberry flavor to shine. The Adirondack Chick, my partner in crime for the day, tried the Raspberry Pepper Jelly Hot and Original Ass Kickin. After several shades of red and pink, she pronounced them awesome. 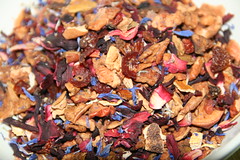 My third favorite booth was Tea Time. Sweet fruity fragrances of blossoms and fruit drew me in like a magnet from the aisle. Located in Hackensack, the shop sells its own tea blends and recognized brands like Republic of Tea. The 5-year-old store has won an award for it’s Island Breeze blend, which is a fragrant infusion of green tea, pineapple and papaya. It’s delicate tropical flavor was soothing and aromatic.
Now, time for the sweets. Chester-based J. Emanuel Chocolatier offered samples of it’s passionfruit, port and milk chocolate truffles and almond butter crunch. The almond butter crunch was buttery, soft and crunchy from the almonds it was rolled in. The passionfruit truffle was rich, smooth and deeply chocolate, but could have had more passionfruit flavor. The chocolatier also had a chocolate fondue made with dark chocolate, soy lecithin and a 2008 Red Montage from Unionville Vineyards in Ringoes.
Having a palate that loves sweet wine, the Cool Foxy Lady 2009 ice wine was delightful. The 9.2% residual sugar let the wine go down smooth and easy with no dry bite. I would buy one of the $28 bottles for a special occasion. 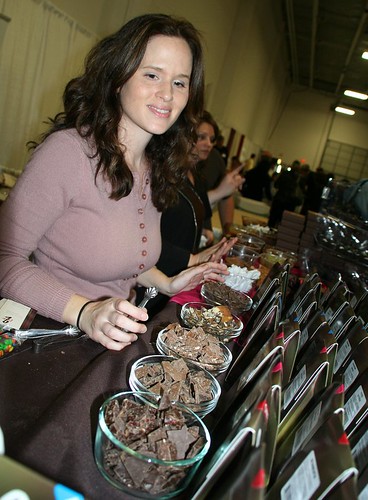 South River’s 2 Chicks With Chocolate were displaying their creations, which included several barks, dipped pretzels and marshmallows and chocolate. I tried the nut and berry bark made with pecans, Crasins and blueberries which was smooth and creamy and easy on the tooth. Their spied chocolate smelled like Thanksgiving with it’s mix of clove and cinnamon but surprised you at the end with some heat at the back of the throat from cayenne.

I discovered baklava for the first time at the All My Sweets booth, after some encouragement from my partner in crime. The Paterson baker offered tastes of its cashew baklava that were chewy crusted with flaky pastry and juicy from honey, which was perfectly balanced with a slight salt from the nuts.
Vendor highlights outside of New Jersey include Breezie Maples Farm, with their Organic-certified maple syrup, maple candies, maple cotton candy, maple nuts and other maple products. Real Food Real Living presented their chocolate sauces for adults that included orange vodka and Malbec wine and wild berry. Both sauces were very good, especially the orange vodka, the orange flavor was crisp, bright and clean after the vodka flavor dissipated. Pika’s Farm Table with their offering of quiches, tarts, soups, potpies, pesto, salsa and bruschetta. The goat cheese and spinach quiche was delicious with a flaky crust and the pesto had a nice heat up front from the garlic and a fresh basil flavor that lingered on the tongue.
Even though the expo was in our state, less than one quarter of the vendors were New Jersey based which was very disappointing. The other dose of disappointment was the fact that the place was uncomfortably packed. So much so that we ended up leaving after a couple of hours because we could barely move. Would we go again? Yes, it was a great selection of delicious chocolate, unusual foods and oh yeah, pickles.