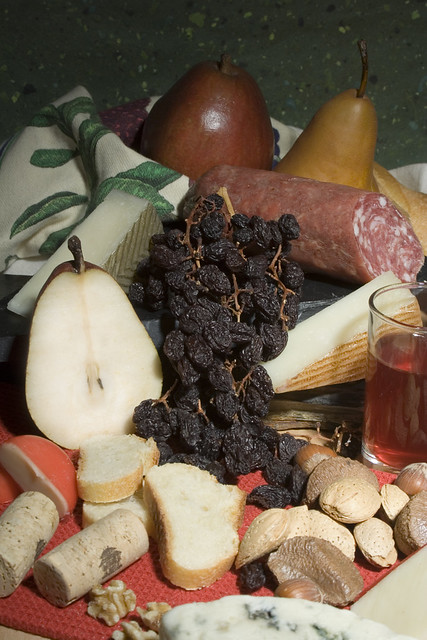 When my kids were little, I would sometimes buy them Star Fruit as a treat. These little gems are distributed by Frieda’s Produce, purveyors of exotic fruits and vegetables. My kids loved the fact that the fruit slices were shaped like stars after you cut them!

Frieda’s Produce recently sent me Wild Honeycomb and Raisins on the Vine to try. These products (together with other items from Frieda’s) are available at Shoprite and other area supermarkets. I used them on a fruit and cheese platter that I was bringing to a friend’s holiday gathering. The honey comes in a real honeycomb (without the buzzing bees, of course!) The sweetness of the honey was a good foil for the tanginess of the goat cheese which I drizzled with the honey. The raisins were large and plump. They had a wonderful sweet flavor. Their deep purple color contrasted nicely with the white and cream colored cheeses that I used. My friends raved about how the cheese platter looked.

If you are looking for an interesting and sweet addition to a cheese platter for New Year’s Eve (or other dishes where honey and raisins would pair nicely), give Frieda’s Wild Honeycomb and Raisins on the Vine a try! 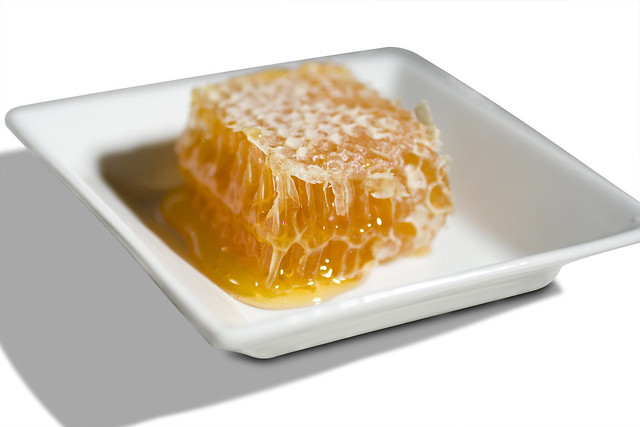 Disclosure: I was given a free sample of Wild Honeycomb and Raisins on the Vine to try by Frieda’s Produce.