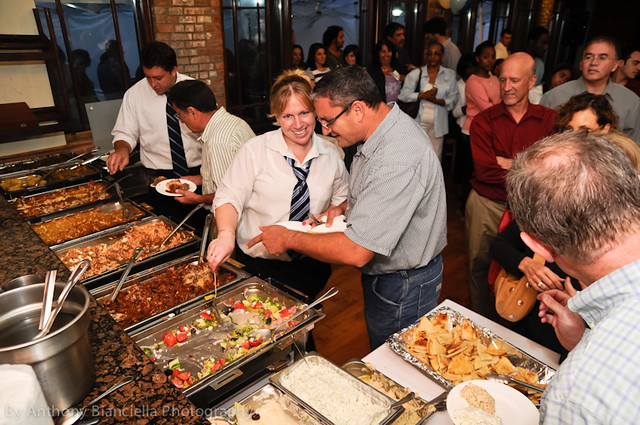 Free food. Good, free food. Good, free, Greek food. It sounds too good to be true, but on a damp August evening in downtown Montclair, it was reality. On August 24, Greek Taverna’s second annual “Greek Night” drew a crowd of more than 1,100 hungry guests, many of whom waited upwards of 90 minutes in line for a few minutes at the generous buffet. 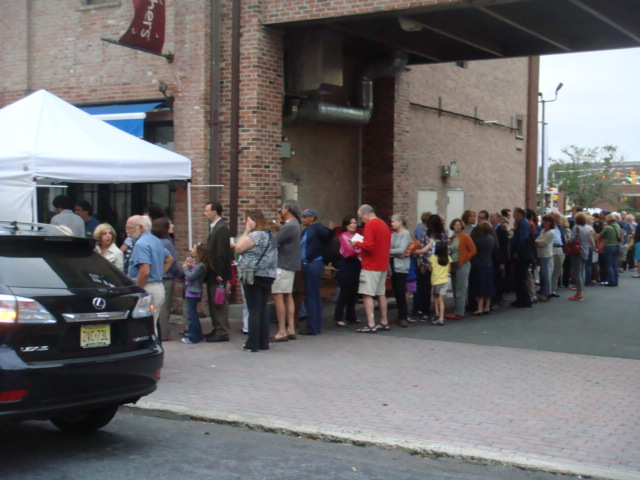 Peter Hajiyerou, who owns and runs the restaurant with his wife, Wei Chen, said the event came together with the hard work of their staff and some helpful family members. He went on to explain, “We had about ten servers, eight cooks, my wife and me, and the hostesses.” In addition, he said, two of his uncles and his brother helped to keep everything running smoothly.

“Our kitchen was ready for this event,” Hajiyerou told me. “On Sunday and Monday, [the staff] stayed until two o’clock in the morning to get everything ready. We bake everything, and our salad is made to order. Everybody had something to do, including me.”

Live music played for much of the evening, and the main room was decked out with balloons, an open space for dancing, and a lively crowd. While visitors seemed OK with waiting it out in the on-again, off-again rain, I noticed servers delivering samples of spinach pie to the patient, grateful groups at the end of the line. Once they made it to the buffet table, guests were rewarded with options including skordalia, Greek salad, spanakopita, lamb stew with orzo, pastitsio, and moussaka. 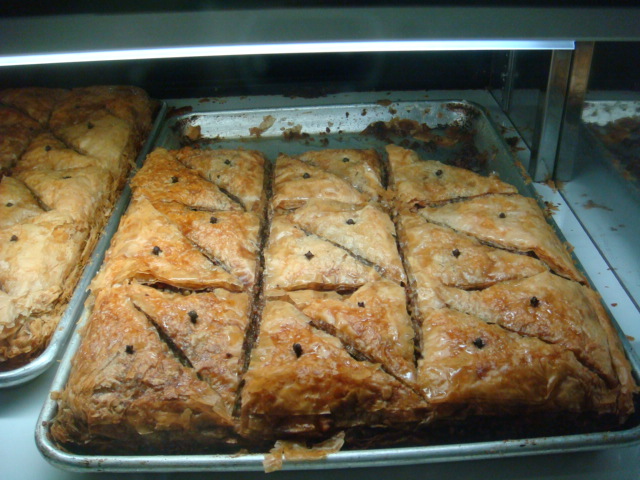 So why did Peter and Wei open the Greek restaurant in the first place? “I was tired of going to Astoria,” Hajiyerou said. “Everything you see is what I like. Authentic, what my mother and grandmother used to make when we were little kids.” 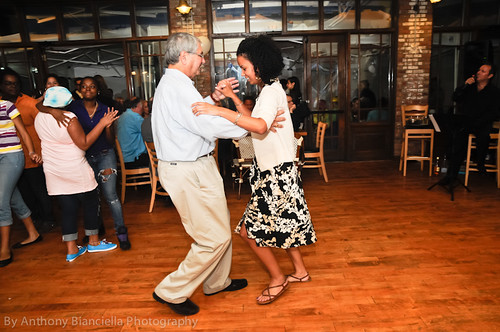 I kept waiting for the catch. Were they going to hit people up for donations? Didn’t happen. Were they trying to promote some other, unrelated event? Nope. This now annual celebration is just a kind gesture to a supportive community. Of the crowd, Hajiyerou said, “We want to make sure they leave happy.” Mission accomplished.

Special thanks to Anthony Bianciella for his photos of the buffet offerings and dancing. Check out www.anthonybphotos.com to see more of his work.