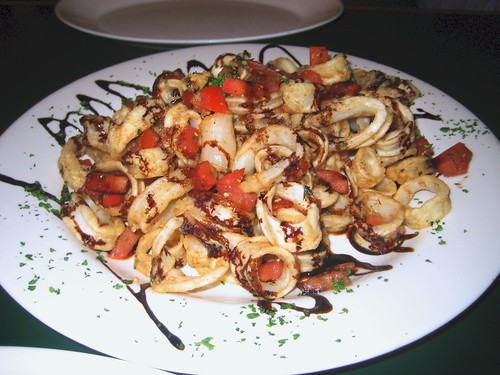 While searching for a restaurant to represent my inaugural review for “Beach Bites,” I sat in a bunch of restaurant parking lots, walked up to a lot of doors, but kept feeling that I hadn’t found “the one.” I needed a classic Long Beach Island restaurant. A place that has weathered countless storms and summer seasons, and is tastily appreciated by many. Finally, after sorting through many tasty restaurants, I had my “aha moment” and headed to the heart of Beach Haven, to a place that I’ve eaten at so many times, I never thought of it as extraordinary (though it is), “Panzone’s Pizza and Pasta.”

“Panzone’s” in Beach Haven, NJ is celebrating its 30th Anniversary this year and they have been satisfying bellies with their tasty Italian food since opening day. Panzone’s even renamed the calzone a panzone! Just like a calzone, a panzone is made with Panzone’s fresh dough (made daily by hand from a family recipe), stuffed with cheese and any fillings you wish, then baked until the crust is golden brown and the cheese is at the perfect level of “gooiness.”

Since I’ve eaten my fair share of panzones (who am I kidding, you can never get enough!) I decided to venture further into their extensive menu.  Their menu includes daily specials for appetizers and entrees, along with a full pizza, panzone, appetizer, sandwich, pasta, and salad menu. Enticing entrees include: Scallops Asparago, Chicken Garden Style, Cioppino, and the Marc Anthony Panini (I insist you go and order it, I guarantee you will enjoy every spicy bite!).

To start, we ordered one of the appetizer specials of the day, a calamari bruschetta.  Followed it with a small pizza (12 inches – the large is 16 inches) topped with meatballs. This would go perfect with the bottle of Cabernet I brought (did I mention Panzone’s is a B.Y.O.B.?).

The calamari was fried to perfection with a very thin coating of breading, just enough to make it crispy while still allowing the calamari to be the star of the show. The balsamic vinegar reduction that was drizzled all over the plate and the“Sunny Florida tomato basil bruschetta” completed it with a tangy, aromatic finish.   I seriously have considered forever substituting calamari for bread in bruschetta — calamari is the new bread! 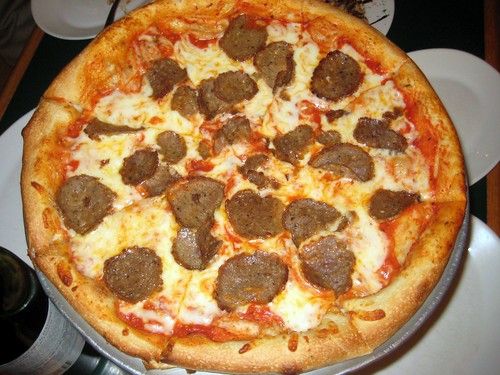 Just as we were finishing up the calamari, our pizza arrived.  Nothing says Jersey like pizza to me.  It looked delicious and when I took a bite, it delivered. Unlike most pizzas where the dough is cooked till it is crispy, this dough has a croissant texture, buttery, flaky, and worth every calorie.  It literally melted in my mouth. It seemed as though the pizza had been removed from the oven just shy of being fully cooked. And when you top a buttery croissant with melted cheese, homemade zesty pasta sauce, and sliced meatballs that are just thick enough to allow you a taste of the meat and seasoning, you are in pizza heaven. Delicious!

Even though you would normally feel too stuffed after eating a few slices of pizza, the pizza was so airy, it didn’t weigh me down! So the next time you’re looking for a family friendly Beach Haven restaurant, bring your favorite bottle of red or white and dine at Panzone’s, the ‘beachy’ Italian restaurant! 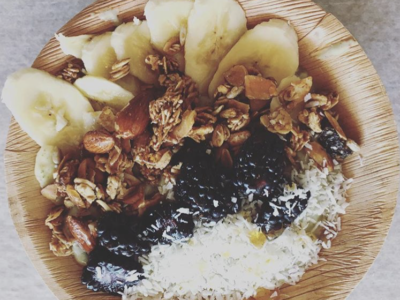 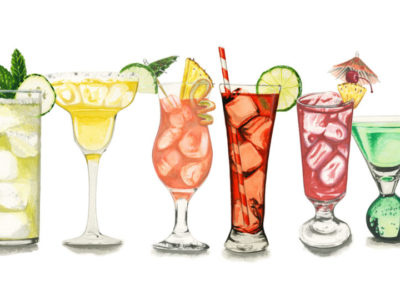 Bibo Barmaid: The At-Home Bartender You’ve Been Waiting For
About The Author