Tuesday evening, I was fortunate enough to be invited to a luxurious event that sent my foodie senses into shock. The Feast on History Restaurant Gala, sponsored by Sturdy Savings Bank, featured 40 restaurants from all over Cape May County, over 100 wines and a turnout so overwhelming, the event was held in an airplane hangar. Restaurants from Cape May to Sea Isle and beyond showed off their culinary talent with miniature versions of signature dishes. Salads, entrees, soups and desserts lined the perimeter of the venue. My friend, Tricia and I made a lap around first to decide where to commit our limited stomach space.

The representation came largely from Cape May with a few Atlantic and Cumberland County treats in the mix. The variety was overwhelming to say the least. However, I made it a point to really branch out and try the tastes less traveled.

We came across the Blue Pig Tavern table where a girl with a funnel contraption poured some kind of milky liquid over top little bits of bacon in a plastic shot glass. She said the liquid was Blue Pig Ale and clam stock. Feeling slightly repulsed, but brave, Tricia and I knocked one back. It wasn’t entirely unpleasant. The ale gave the clam stock a new flavor that wasn’t too ale-heavy or fish-heavy. The bacon made it smoky, but was too soggy to eat. However, it was one of those things that tasted better the longer you kept the aftertaste.

From there, Union Park blew my mind with their chicken cordon bleu slider on a pretzel roll. The chicken and ham were perfect and the way the tangy mustard sauce complimented both the meats and the soft, slightly salty pretzel roll made me want to take the whole tray home with me.

Hot Dog Tommy looked most out of place, donning a hot dog hat and animatedly drawing people to his table of gourmet dogs. While I was all hot dogged out, I did grab a sample of the quickly disappearing chili mac and cheese. Why did I not try to combine these before? The chili was balanced between spicy and sweet and then cheesy elbow noodles assaulted my tongue. This is sheer brilliance.

If I hadn’t heard people buzzing about the coconut grouper, I would have missed it entirely. Harpoon Henry’s station could have been easily missed in the corner. Coconut and I are tentative with each other. We have to meet in the right context. This was the right place. The grouper could have been dessert. The coconut was sweet and milky without overpowering the fish. It was heavenly. I’ll be making a trip to Harpoon Henry’s in North Cape May very soon.

Finally, we’d saved just enough room for a dessert sampling. Most were disappointing, however one bite into Cabanas’ chocolate chip bread pudding and I knew I was going to eat until I had to unbutton my skirt. Hot and sticky bread with a molten chocolate… I finally understand my grandparents obsession with the stuff. If that’s what Cabanas’ dessert is like, I can’t wait to try their meals! 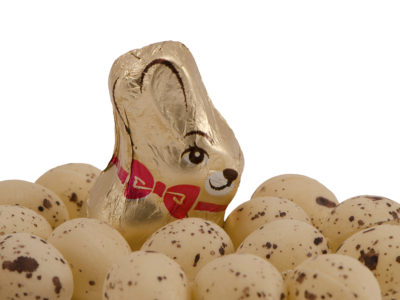