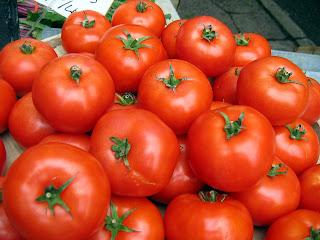 A press release courtesy of the NJ Department of Agriculture. What ever happened to “knee high by the fourth of July?”

Have a great 4th everyone. I’ve included my tip for cooking fresh corn on the cob the easy, no fail way (hint, no water needed.)

Lack of early frost, cooler than normal May temperatures and cool nights had corn and tomato crops off to a slow start, but warmer June nights helped put the crops back on track and the crop is harvesting at the normal time.

The U.S. Food and Drug Administration has listed Jersey Fresh tomatoes as safe for consumption.

Tomatoes are ready to eat when they are slightly soft. An extremely firm tomato is not yet fully ripe, even though it may be completely red. Never refrigerate Jersey tomatoes. This destroys the natural, vine-ripened taste. Avoid placing them on windowsills, which are usually too hot. Store tomatoes at room temperature in a cool dark place. A sliced tomato loses its vine-ripened flavor quickly so choose tomatoes that are small enough to consume in one meal.

When choosing corn, look for ears with bright green, snugly fitting husks, and golden brown silk. Inside, the kernels should come all the way to the ear’s tip, with tightly spaced rows, and appear plump and milky. If pricked, a kernel should spurt milky white juice. Choose ears with medium-sized kernels. Very small kernels are immature, and large kernels could have a starchy taste.

For best flavor, eat sweet corn as soon as possible. Leaving husks on when storing corn helps preserves the flavor. At room temperature, the glucose in corn will convert to starch in as little as 24 hours, so re 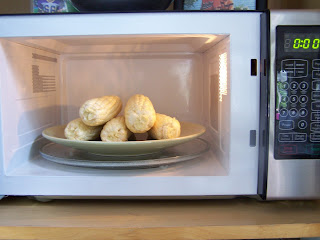 frigeration is critical for maintaining freshness. Corn absorbs odors from foods such as green onions, so avoid storing with other produce. Keep unshucked fresh corn in the refrigerator until ready to use, wrapped in damp paper towels and placed in a plastic bag. Refrigerate for no more than three days.
For preparing corn without the mess, just shuck and microwave on high 2 minutes per ear. If you don’t have a rotating plate, stop half way and rotate 90 degrees. I swear this method turns out perfect corn every time.

For the location of farm markets, pick-your-own farms, or other information about Jersey Fresh, visit the Jersey Fresh website at www.jerseyfresh.nj.gov. For farm visit information, go to www.visitnjfarms.org.

Following recipes are found on the Jersey Fresh website at: www.jerseyfresh.nj.gov/recipes/recipefile.htm.

Combine all ingredients but reserve a portion of onions and feta cheese to toss on top after dousing with olive oil. Serves 4-6.

Boil potatoes with bay leaf, until just tender in one quart of water. Saute onions, peppers, celery, and cumin in butter until onions are transparent. Add sage, pepper and flour to the onion mixture with some of the potato water and stir to make a paste. Add potatoes and the rest of the potato water and heat. Add the milk and the corn. Heat thoroughly and garnish with parsley. Serves 14.